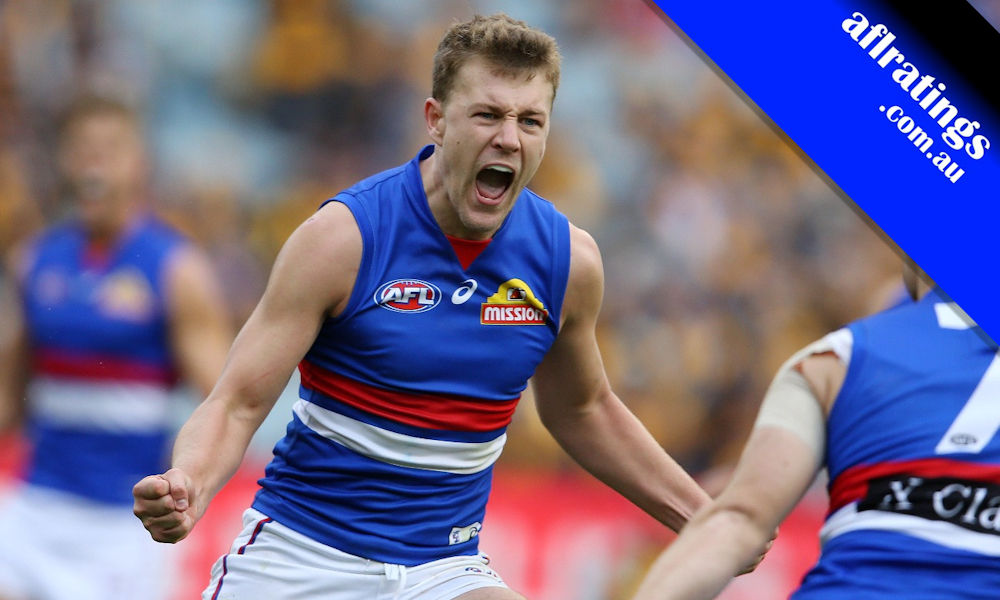 We are already 2 rounds into the AFL season with corrective trades flying around everywhere and the regular early season issue of trying to find cash out of nowhere, the common mistake made by many is the expectation that what we have seen in the opening 18 games will hold up throughout the rest of the H&A season and the answer is it won’t.

Adelaide
Rory Sloane has punched out solid scores to open his season, after recording 36 Disposals in Round 1 he regressed with 23 Disposals but added 7 Tackles for 110pts.

Brisbane
Daniel Rich has been one player to take advantage of the new kick-in rules averaging 104pts, the Lions are utilising his penetrating kick to exit the defensive 50m zone.

Carlton
Nic Newman could be a volatile own this season, after recording 26 Disposals & 9 Marks in Round 1 he regressed to record 20 Disposals & 2 Marks last week albeit in the rain in the second half.

Essendon
The Bombers are averaging 334.5 Disposals this season (Rank 18), Dylan Shiel is Ranked No.1 averaging 26.0 Disposals.

Fremantle
Brad Hill is on fire to start the season, he is averaging 30.0 Disposals & 121.0pts.

Geelong
Luke Dahlhaus is on the radar as a Forward option, he has averaged 22.5 Disposals, 8.5 Tackles & 1.5 Goals in his first 2 games at Geelong.

Gold Coast
It might be the last week to grab Wil Powell, he is averaging 88.5pts from his 2 games and still has an enticing BE.

GWS Giants
Lachie Whitfield was the only player to score 100pts or more in a loss against West Coast, he is averaging 121.0pts (AFL Defender Rank: 2).

Hawthorn
Injuries to Liam Shiels & Shaun Burgoyne should see a bump in midfield usage for James Worpel & James Cousins, both are currently exceeding value and still have low BE’s.

Melbourne
Angus Brayshaw recorded a solid 33 Disposals in Round 2, second only to Clayton Oliver (44 Disposals) at Melbourne.

Nth Melbourne
Aaron Hall was everywhere in the first half against Brisbane scoring 88pts but did slowdown in the second half (18pts), he has the ceiling & is just 1% owned.

Port Adelaide
The noise in the pre-season was all about Travis Boak returning to the midfield, he hasn’t disappointed averaging 141.0pts from his first 2 games.

Richmond
Dustin Martin hasn’t recorded a Tackle in his opening 2 games, he recorded 6 Disposals in the second half against Collingwood.

St Kilda
The midfield restructure at the Saints has impacted Seb Ross, he is averaging 25.0 Disposals & 83.5pts and has a BE of 137pts heading into Round 3.

Sydney
Thankfully (Sarcasm) John Longmire informed the footy world that Isaac Heeney is still struggling with an ankle injury sustained in JLT 2, he is playing more forward as a result.

West Coast
The junk time late in Round 2 was beneficial for quite a few players at West Coast, Luke Shuey & Dom Sheed recorded an equal team high 28 Disposals.

Western Bulldogs
Marcus Bontempelli didn’t slow down in Round 2, he is averaging 119.5pts & has recorded 6 centre clearances for the season (AFL Rank: Eq7).

1. Brisbane held Nth Melbourne to 1377pts in Round 2 (AF), they are the No.1 Ranked Team for Points AGA since Round 14 last season.

3. Jack Macrae has recorded 30 Disposals or more in 7 straight games.. 18 of his last 21 games since Round 1 last season.

Warnie, Cal & Roy discuss these takeaways on the Traders Podcast (17:50).