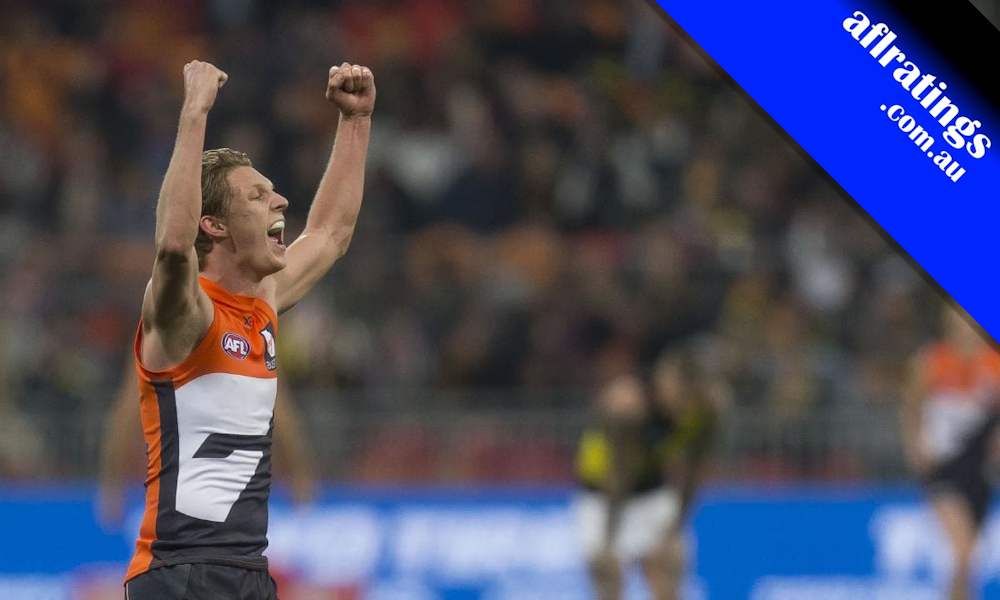 Round 3 definitely provided a decent amount of variance amongst a few premium players due to injury, the movement in overall ranking was significant mostly based on the 32% ownership for Tom Rockliff and to a lesser extent Nat Fyfe who is 9% owned.

Pre-Round 4 decisions for those negatively impacted last week will be critical in maintaining a competitive team, there is still plenty of time as we are only 13.0% of the way through the H&A season.

Carlton
Michael Gibbons found little space against the Sydney defence in Round 3, he recorded just 4 Disposals.

Fremantle
Luke Ryan recorded 13 Marks against the Saints in Round 3, it was the 7th time in 34 career games he has recorded 10 Marks or more in a game.

GWS Giants
Lachie Whitfield recorded back to back games recording 10 Marks or more for the second time in his career, he has never recorded a hat-trick.

Melbourne
Max Gawn has averaged 110.0pts from his last 2 games, he has averaged 48.0 Hit Outs over the same period.

Nth Melbourne
Shaun Higgins recorded his 3rd highest career score of 125pts in Round 3, he is averaging 105.3pts in 2019.

Port Adelaide
Connor Rozee kicked 5 Goals on his way to 121pts in Round 3, his Round 4 opponents Richmond have conceded an average of 18.0 Goals in the last 2 weeks.

St Kilda
Rowan Marshall has averaged 107.5pts from 2 games this season, he recorded 40 Hit Outs in Round 3 and currently is FWD eligible only.

West Coast
Andrew Gaff recorded 35 Disposals in his return game, he has recorded 30 Disposals or more in 13 of his last 17 games.

Western Bulldogs
Marcus Bontempelli is averaging 29.7 Disposals in 2019, that is +5.6 compared to last season.

2. Melbourne have conceded an average of 1695.7pts this season (Rank 17), the Demons are scoring an average of 281.0pts fewer than their opponents.

Warnie, Cal & Roy discuss these takeaways on the Traders Podcast (10:32).