Pete looks at the player trends following round four. 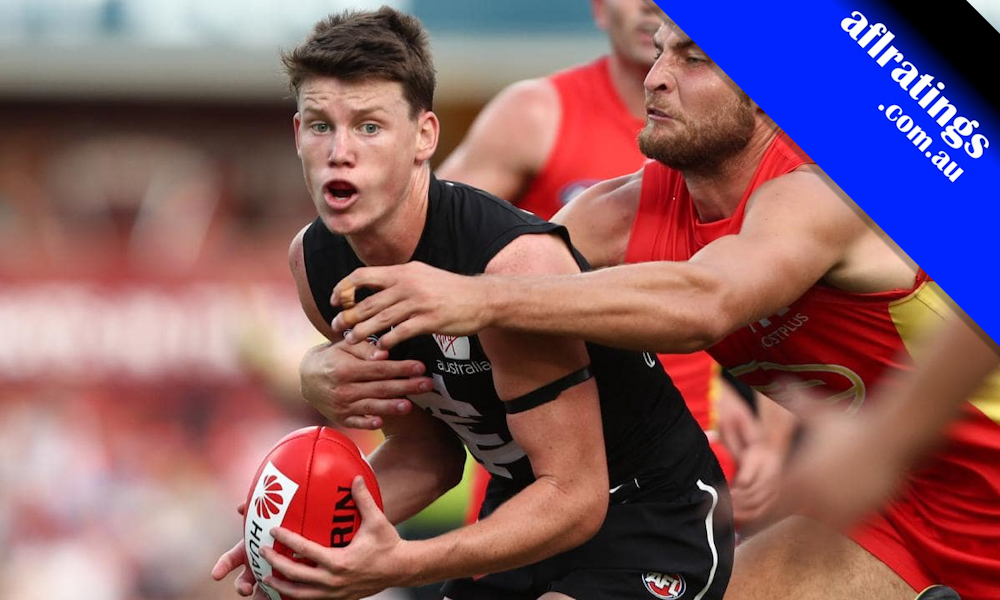 You are not alone!

Adelaide
Round 4 was the first time Rory Laird recorded more than 5 Marks for a game this season, he recorded a season high 115pts.

Collingwood
Brodie Grundy recorded a career high 58 Hit Outs in Round 4, he is averaging 128.7pts from his last 3 games.

Essendon
Devon Smith has recorded 100pts or more in 1 game this season & is averaging 89.8pts, this time last season he was averaging 92.3pts & finished with a season average of 106.6pts.

Geelong
Tim Kelly recorded his 3rd career lowest score of 58pts in Round 4, it was the first time he recorded fewer than 10 Disposals in a game.

Gold Coast
Brayden Fiorini has scored 100pts or more in 3 of 4 games this season, he is averaging 105.3pts.

Melbourne
Clayton Oliver has averaged 106.7pts from his last 3 games, he scored 120pts or more in 32.0% of games last season.

Richmond
Jack Ross recorded 25 Disposals on debut for 86pts, he recorded 16 Disposals in the first half.

Western Bulldogs
Marcus Bontempelli is averaging 31.3 Disposals this season for an average of 121.0pts, he has never averaged more than 25.0 Disposals in a single season over his career.

1.GWS have recorded an average of +67.0 Disposals against their opponents from 3 winning games this season, the Giants play Fremantle (Manuka) & Sydney (SCG) in the next 2 weeks.

2.Adelaide recorded 440 Disposals in Round 1, each week thereafter the Crows have regressed & are averaging 385.3 Disposals for the season.

Warnie, Cal & Roy discuss these takeaways on the Traders Podcast (10:14).