Prices, positions & tips for the Hawks. 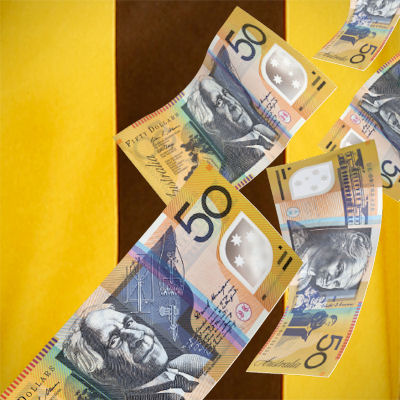 Despite an awful start to the 2017 H&A season Hawthorn remained fantasy relevant throughout the majority of the year, in the opening 4 games the Hawks averaged 1564.0 fantasy team points and closed out their remaining 18 games averaging 1704.8pts (Collingwood Rank 1: 1725.1 Ave). Hawthorn averaged 1721.8pts from their final 6 games of the 2017 H&A season, they should be a more settled line-up at Round 1 in 2018 compared to 2017.

Tom Mitchell was the only Hawk to average more than 25 Disposals in 2017 (Disposal Average: 35.8), considering the Hawks will likely be very fantasy relevant again in 2018 there is likely to be a decent amount of value about.

2017 was a staggering fantasy year by Mitchell, he averaged 127.2pts scoring 100pts or more in 90.9% of games & 120pts or more in 68.2% of games. Mitchell did average 114.8pts from his final 5 games of the season, coaches not willing to take Mitchell at Round 1 with an enormous price tag could grab him at a discount after a few games but how often do trades really pan out the way you want. Take Mitchell at Round 1 and have peace of mind or wait and hopefully there are no other issues to deal with at a possible cheaper price?

Yes O’Meara has had knee injuries, yes he has not played a substantial amount of games in recent years, yes he did burn most of us in 2017 but at his low price he can’t be ignored. Ensure you have a back-up plan if you are selecting O’Meara (Playing MID Bench & DPP options), otherwise it could be quite painful & decision time on the odd Thursday night.

Sicily averaged 74.3pts in the 2017 H&A season, a role change mid-year resulted in plenty of defensive time averaging 89.8pts between Rounds 14-23 & 93.3pts between Rounds 18-23 which included a low score of 24pts and 4 games over 100pts. There is value remaining in the price tag for Sicily, but if you are considering selecting him then you need to track his pre-season defensive positioning throughout the JLT Series. A split Forward/Defensive role could destroy his value.

After a breakout 2017 season averaging 84.4pts Burton appears to be on his way to a decent AFL Career, when recording 20 Disposals or more he averaged 92.9pts & 25 Disposals or more that average jumped to 101.8pts in 2017. With Hodge having departed Hawthorn the role for Burton across half-back should be further enhanced which could see his numbers further spike in 2018, 45.0% of Burton’s scores in 2017 were sub 80pts and that should decrease as his career extends.  Burton should be strongly considered at Round 1.

Morrison made his debut in Round 23 and recorded 21 Disposals & 75pts, “Harry Morrsion has been a standout, the way he’s comeback in the condition he has” Alastair Clarkson in early December at a NZ pre-season camp. One to watch over the pre-season.

Hawthorn: "Harry Morrsion has been a standout, the way he's comeback in the condition he has" Alastair Clarkson #AFL pic.twitter.com/jN9n9AQMPK