Prices, positions & tips for the Tigers. 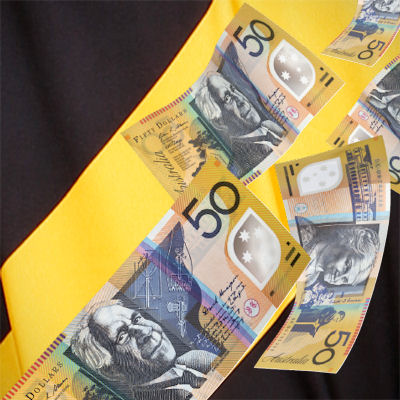 The reigning Premiers were not that fantasy relevant last season averaging 1556.1pts per game (Rank 15), however there were a few genuine rock solid picks that did assist many fantasy coaches throughout the 2017 H&A season. In their opening 10 games last year the Tigers were actually ranked last averaging 1489.3 fantasy team points per game, a softer schedule allowed them to improve on that average in their final 12 games as they averaged 1611.8pts.

Richmond were not a Disposal heavy team in 2017 averaging 368.3 per game, they recorded only 3 games of 400 Disposals or more throughout the H&A season (Melbourne 13) which was ranked 16th. Defensively the Tigers were outstanding restricting opponents to 356.7 Disposals from their final 10 games of 2017 (Incl. Finals), be aware they play Geelong, Gold Coast, Essendon & Western Bulldogs in their final 4 games of the 2018 H&A season.

Martin delivered on all fronts last year including AFL Fantasy, he averaged 113.6pts during the H&A season scoring 100pts or more in 64.0% of games and 120pts or more in 36.0% of games. Martin’s season splits might be worth taking note when considering him at Round 1 this season, he averaged 116.7pts between Rounds 1-11, 110.5pts between Rounds 12-23 & 94.7pts in the Finals. It is likely Martin could be under owned relative to his 2017 output, he could be worth considering for an early season point of difference.

Prestia’s first year at the Tigers was a rocky road especially in fantasy, he averaged 81.9pts in the 2017 H&A season and 103.3pts in the Finals. Prestia averaged 105.6pts from his final 7 games of the year (Incl. Finals), at this stage he is completing a full pre-season in preparation for the upcoming year and at the same stage last year he was still recovering from knee surgery in December returning to training late in January. Prestia definitely has a fantasy game having averaged 90.0pts or more in his final 4 years at Gold Coast, he is worth considering as a value pick to begin 2018.

If you are looking to add DPP flexibility to your 2018 team then Kane Lambert is worth considering, he averaged 95.8pts from his final 12 H&A games and is priced at 85.2pts to begin 2018. It is worth monitoring his pre-season form and his fantasy output, any player that puts up a season high 147pts deserves our attention.

After an indifferent beginning averaging 77.0pts from his opening 9 games of 2017 Houli averaged 104.0pts from his final 9 games. His scoring can be highly volatile. He is priced at 90.5pts

Ellis pretty well matched the year of Houli averaging 68.6pts from his opening 9 games of 2017 and averaged 95.8pts from his final 13 games. He is priced at 84.7pts

Higgins was rated as No.1 by Champion Data in the Top 30 Draft Power Rankings, he is AFL ready and with the potential delayed start to the 2018 season from Daniel Rioli a Round 1 debut could be a chance. Don’t miss out

Miles was the forgotten man at Richmond last year, he managed 3 games at an average of 84.0pts and is well discounted to begin 2018. If Miles can force his way back in to the team then he is well under-priced.