The Traders name the best six Fantasy forwards of the last 10 years. 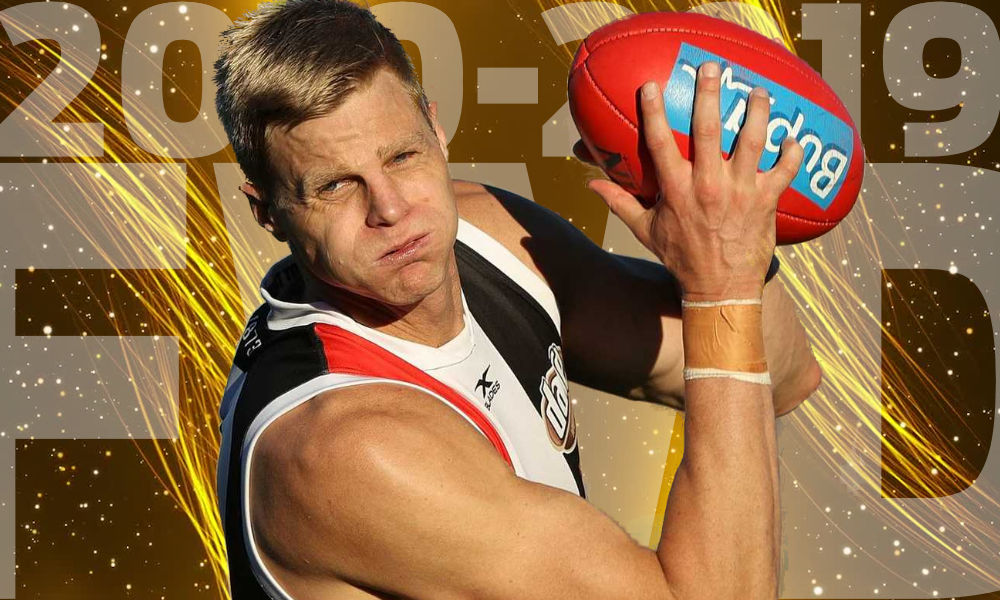 Over the years, players who feature at the top of the AFL Fantasy points scoring table often carry forward status.

Last season we saw Josh Dunkley, Patrick Dangerfield and Travis Boak the top averaging FWDs but in 2020, they are listed as MID only.

Generally these MID/FWD-type players don’t consistently hold forward status for every year of their career. Their actual time playing as a forward doesn’t hit the required number for Fantasy FWD status as determined by Champion Data.

One of Champion Data’s prime number crunchers, Fantasy Freako, helped compile the statistics of the best players who spent the majority of the decade listed as a forward for the final position in the Fantasy Team of the Decade.

In order to be eligible, players must have played in more than half of the last 10 seasons and factors such as points scored, season average, consistency and games played helped shape the squad.

The top six forwards who qualified have been picked with the two best cash cows over the duration slotted on to the bench.

>> Team of the Decade: Defenders

>> Team of the Decade: Midfielders

>> Team of the Decade: Rucks

Holding forward status for all six years he played in the decade, Chapman did his best work in 2010 when he averaged a career-high 114. Playing 21 games, the champion Cat posted just three sub-100 scores with a season low of a respectable 88. The three-time premiership hero played his final two years at the Bombers where he was still influential, averaging 92 in his penultimate season.

Dusty was available as a MID only in his first two seasons but he then spent all but one of the next eight years as a MID/FWD with six of those averaging 97 or more. The dual-Norm Smith Medallist has been a consistent Fantasy performer showing an ability to rack up high scores regardless of his role. Durability is Martin’s biggest weapon, missing just eight games of the last 10 years.

If there was ever a forward to be considered for Pig Status, it would be the Geelong forward and part time midfielder. Johnson’s 2013 season when he averaged 118 saw him the highest averaging player for the season and therefore started the 2014 season as the competition’s top priced player. In that season he posted eight scores of 129 or more.

Some players leave their best to (second) last. Riewoldt was always a solid performer with multiple 90-plus season averages but it was his 2016 output that will be remembered by many. In the first half of the year he went on a seven round tear scoring 123, 137, 126, 144, 101, 112 and 136 which rivals most midfielders and made him a popular selection as the No.1 forward. Riewoldt saved his best until the round 23 Fantasy Grand Final when the key forward took 21 marks and booted nine goals for a whopping 200 points.

Although games played has been a factor in Buddy’s decade of dominance, missing an average of four matches per season, his seven years of 90-plus averages, including two triple-figure seasons is right up there with the best. Always a premium option to aim for as an upgrade target in Fantasy Classic, Franklin is regarded as one of the best Draft players to own when on song. He holds the modern day Fantasy record for most points in a game when he kicked 13 goals in Launceston on his way to 204 Fantasy points.

Boomer was an underrated Fantasy option throughout his career. He held FWD status for the seven years of the last decade and was a super-consistent performer. In his 21-years in the game, Harvey averaged 83. Considering he started in the mid-90s and Fantasy numbers have increased dramatically in the last few years, the all-time games record holder still remained relevant even when he started the decade as a 31-year-old.

At 28-years-old, the ‘jPod’ started his career in cracking form to score 85 and 116 and sent his starting price of $77,800 skyrocketing. Podsiadly’s debut season featured six Fantasy tons with four scores 110-plus. A cash cow generally isn’t usually a whole season investment. Podsiadly averaged 94 in his first 10 games to be one of the best basement priced rookies regardless of position.

The AFL’s state of play: everything you need to know
AFL Fantasy – Pick One