The pre-season games will be played over three weeks in February and March. 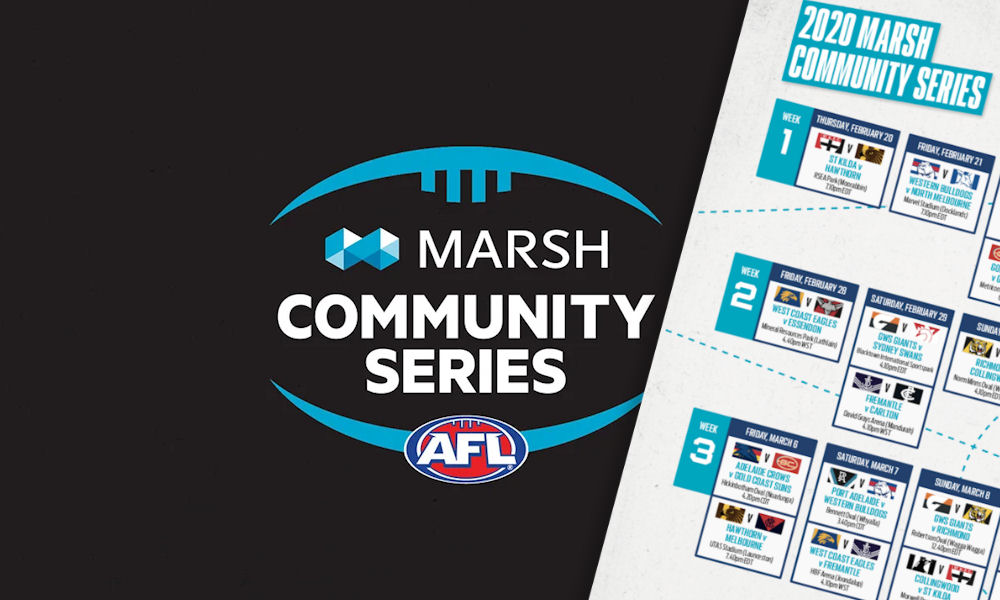 The Marsh Community Series (formerly JLT Series and NAB Challenge) was announced today and it reverts back to the format of two pre-season games per club over a three week period. All clubs will play during the final week which will be a fortnight before round one.

Lock these dates into your Fantasy pre-season calendar.