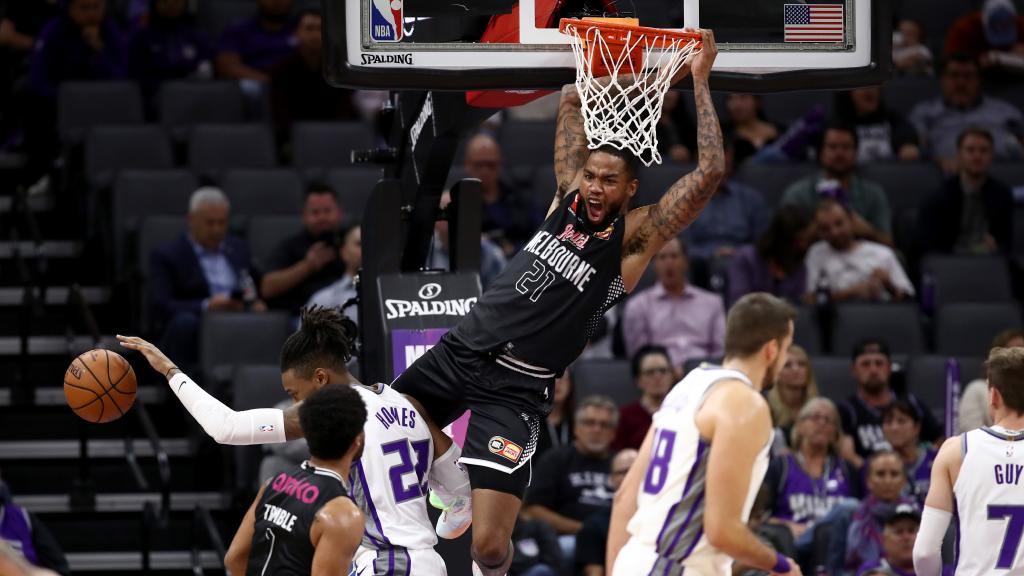 Week 4 of the NBL Fantasy season is approaching us very quickly with a short turnaround this week – a 5.30pm AEDT Thursday lockout. Here is your one stop shop to learn about what happened last week; and to plan for the upcoming rounds.

The appropriately named “THE BEST TEAM ALL YEAR” coached by Sam Bishop is not only the best team in the DT TALK league. But he is also leading the competition. His team is absolutely stacked for this week too as most teams should be given the awesome schedule.

Last week we said that it doesn’t take much to make a big leap up the rankings and the Blokes and the Traders proved it this week. Boydie was up 374 places, Roy jumped 310, Warnie up 394 and a special mention goes to Calvin. Team Calvinator brought in the King Legend Andrew Bogut and climbed 702 places in the rankings to 69 which we all agree is a great position to be in. Banksy lost some ground after having to deal with Josh Boone and his busted nose.

Check out our podcast looking back at the week just gone or if you prefer you can watch on YouTube which may help you out with screen burn on your TV…. Hopefully it won’t burn your eyes!

Scott Hopson
The Breaker that you want in your team now is Scott Hopson. We can see that NZ has a great schedule but so does pretty well everyone this round. Hopson needs to be your priority after averaging 42.5 points in the opening round against a restrictive Sydney defence.

RJ Hampton
I think that RJ is someone that you’re going to want in your team, but unlike Hopson I think you can afford to wait. If you have the likes of Lamelo Ball, Aaron Brooks, John Roberson and Scott Machado who are also on a double this week there is no need to use a trade on getting RJ in; unless that makes you enough cash to make your 2nd trade happen. I feel the same way about Corey Webster who could be a solid option for Aaron Brooks next week.

Brandon Ashley
Also looks like a playable option. However, with so many popular PF and Center players on a double this week there are better options out there. We also need to consider the potential impact of Finn Delaney returning in the next couple of weeks.

Shawn Long
Of the United players Mr Double Double is the one to own. Starting a dominant run of fixtures and a potential captain option each week I will be bringing in Long for Daniel Johnson this week despite DJ being on the double too. You may already have your trades locked away for next week so move to get Long into your team ASAP! In regards to other United players like Chris Goulding and Melo Trimble these guys become more of a talking point next week when our popular point guards and shooting guards should be traded out.

Bench trades
A few teams out there may effectively have a trade up their sleave this week to spend on a bench trade. This could be an option of moving Sunday Dech or Jo Lual Acuil out of your side. Shaun Bruce looks a good option with the injury to Kevin Lisch for those rolling with Sunday at point guard. Will Magnay looks to be an awesome option for JLA owners as he continues to play more minutes than Matt Hodgson. I also like Samson Froling but I can see a push for more minutes for David Anderson as well as a recuperated Josh Boone effecting future minutes.

Mitch Creek and John Roberson
If you already have these guys in your team rejoice! You can finally play them on a double game round. As far as bringing them in to your team you will probably need to play a trade out as they don’t have another double game round for 4 weeks. There is a legitimate argument to hold Mitch Creek all season, but for a lot of people this week the decision will be to bring in either Shawn Long or Mitch Creek. Given the schedule I favour Long.

Perth still has a good schedule and Kay, Cotton and Hunt in particular are good
fantasy plays. Have a listen below as we discussed all things Trades in our Round 4 preview.

New Zealand: 3 weeks of double games in a row

Melbourne United: 3 weeks of double round games in a row

Perth: 2 weeks of double games in a row

1. Shawn Long – Revenge game anyone? Mr Double Double will match-up against his old team the Breakers. We just saw what Bogut did to the Breakers front court, posting 155 fantasy points across two games. He put up a couple of easy double doubles with 11 points and 16 boards in the first game, followed by 13 points and 16 boards in the most recent. Long then plays the Taipans, where centres AJ Ogilvy just posted 52 points, and Hunt almost racked up a double double in just 13 minutes. Shawn loves playing the Taipans.

His record over his last three games against Cairns:

2. Nick Kay – It almost felt disappointing the 100 we got from Kay last week, because of Bogut’s 155, but in most normal weeks we would have been more than happy. Averaging almost 52 points over his 4 games this season, Kay plays a fast paced Phoenix team, before hitting the road to play Illawarra. Look for Kay to continue his good form. with another 90+ fantasy round on the cards.

3. Mitch Creek – Highest average in the competition with 66 points a game. It has been a very consistent 3 games with a low of just 60. Up to 24% owned and rightfully so. He has almost played power forward with Wesley out, and has been a bully in the post, backing down defenders and scoring at ease. My one concern is, I don’t see Kay letting him push him around down low, particularly against a stingy Perth outfit.

4. Scott Hopson – If you haven’t got on the Hopson train, now is the time to do so. He is now up to 16%, but still remains a lot lower than we had imagined. The absolute go to guy in New Zealand, scoring 85 in his first two games in Round 3, with owners expecting to see more of the same.

Good luck for Round 4 legends!