Pete from aflratings.com.au looks at the average differentials for the Blues. 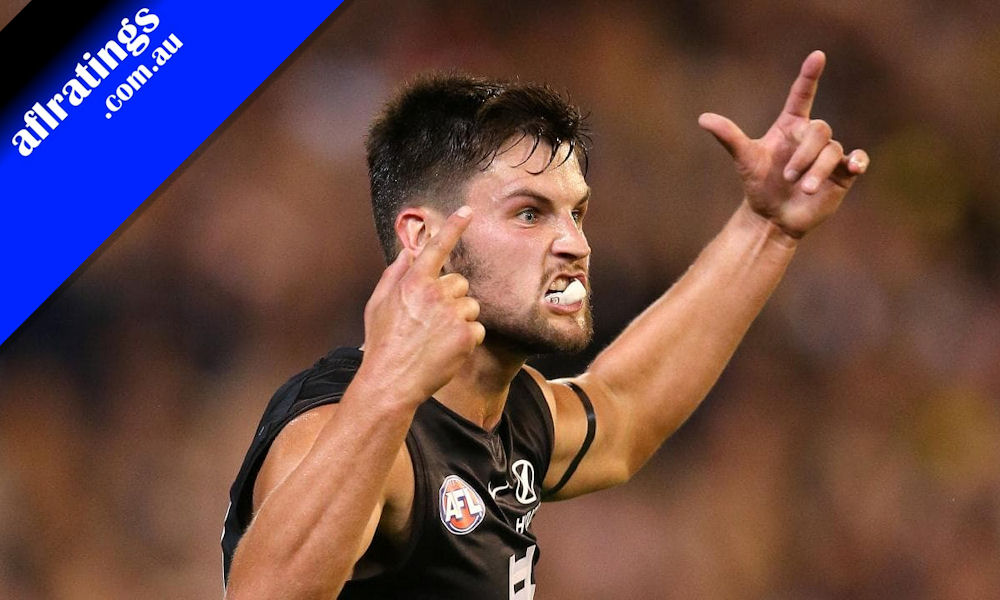 It was a bumpy ride early for those that invested in Nic Newman (2019 Ave: 93.4), he opened with 115pts in Round 1 then proceeded to average 78.2pts from his next 5 games before missing 2 games through injury. Newman bounced back in a strong way by averaging 97.2pts from his final 14 games which included averaging 103.8pts in his final 10 games post Bye, based on his late season form he could be considered value at Round 1 next season.

Patrick Cripps (2019 Ave: 101.4) was enormous in the early rounds of the 2019 H&A season but the volatility in scoring hampered his overall season average, he scored 120pts or more in 30.0% of games but also scored fewer than 80pts in 30.0% of games. If the Blues continue to improve in 2020 then opposition teams may look to lock down further on Cripps, his price tag will still be enticing given his ability to hit multiple high ceiling games.