Ben looks at likely types from the seconds. 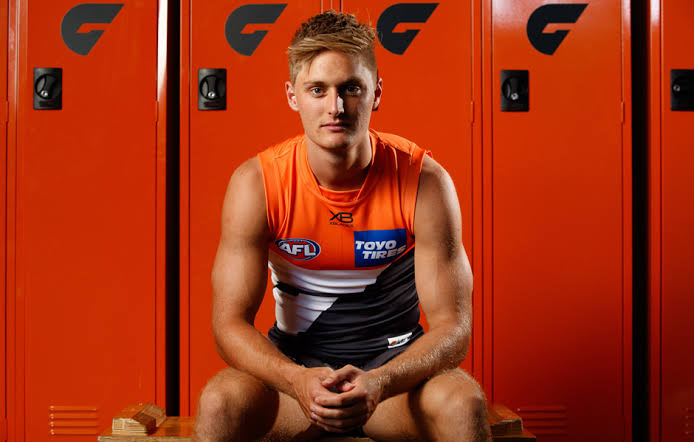 Shai Bolton (FWD, $372K) responded well to being dropped, with 25 touches, 11 tackles and a goal. He racked up 125 fantasy points. Mabior Chol (FWD, $170K) has been impressive for weeks and racked up 2 goals and 100 points. He also managed 22 hitouts and could seriously come in for Balta as a back-up ruckman, and play forward. Nathan Broad (DEF, $343K) was solid with 19 touches and 73 points.

Verdict: Broad and Chol in for Townsend and Balta. Ellis would probably have to come in for Naish unfortunately if he is fit.

Tom Campbell (RUC, 374K) he is having a remarkable season but with Goldy’s strong form it’s hard to see an opportunity arises for him. He had 131 to go with his 121 average this season. Taylor Garner (FWD, 367K) he also continues to bang on the door for senior selection. He had 2 goals to go with 6 tackles and 84 points. He is very close to a return, there is no doubt a fit and firing Taylor Garner makes North Melbourne a lot better. Lachie Hosie (FWD, 170K) he was very good again with 2 goals, 5 marks and 4 tackles to go with 75. Joel Crocker (DEF, 170K) he continues a great debut season and is pushing for selection at AFL. He had 21 touches, 5 marks and used it well from HB. Bailey Scott (MID, 289K) he was great on the wing and showed some nice polish, he could come in for Higgins. He had 17 touches. Paul Ahern (MID, 462K) he was all class in the first 3Qs before a hard tag in the last. He had 21 touches and you’d think he plays this week.

VERDICT: If fit, JMac will likely come in for Durdin despite him playing well. Paul Ahern likely comes in for Higgins, or we may see Garner come in and give Simpkin, LDU permanent mid roles with Tarryn Thomas going through more.

Matt Kennedy (MID, $433K) was solid with 30 touches and a goal for 121 points. He was sort of battling with Setterfield for a spot and Setterfield was very impressive last week, so I doubt he comes in. Matt Cottrell (MID/FWD, $170K) was great with 19 touches and 2 goals for 108 points. Hugh Goddard (DEF, $170K) was very good as well which saw him rack up 107 fantasy points, very strange for him. He managed 22 touches and 2 marks.

Verdict: No changes after they win against the Lions unless Murphy is fit. O’Brien would come out who is injured.

Verdict: Rockliff and Hartlett for Broadbent and Farrell.

Verdict: The Crows are very unpredictable at the moment. Gibbs gets dropped for lack of defensive efforts and gets brought back in after no SANFL games. Lynch is set to miss again, and there is nothing sticking out that needs to be fixed ahead of their Thursday night clash with the Tigers.

Tom Nicholls (RUC, $242K) continues to dominate the NEAFL, after 33 hitouts, a goal and 100 points. Corey Ellis (DEF/MID, $261K) returned from his injury and scored 17 touches and 65 points. I think he will play another couple of games though. Jez McLennan (DEF, $226K) was solid with 19 touches, 8 marks and 81 points. There’s a rumour going around that he could get the call-up if Murdoch doesn’t get up, which would be really handy with the limited rookie options at the moment.

Jackson Hately (MID, $314K) was very good again with 23 touches, 9 marks, 6 tackles and a goal for 120 points. There’s no point even putting him in the Magoos anymore because no matter how good he plays, he just cannot get a game. Ian Hill (FWD, $224K) was impressive with 1 goal and 90 points, but I think Langdon who kicked 3.2 is ahead of him for a game.

Keegan Brooksby (RUC, $357K) was solid with 48 hitouts and 135 points. I doubt he plays though, especially with Naitanui nearing a return. Chris Masten (MID, $447K) was back in the WAFL and dominated with 35 touches and 122 points.

Darcy Cameron (RUC, $170K) was standard with 20 touches and 131 points. He was for some reason on the emergencies list last week, but I doubt he plays. Michael Knoll (RUC, $170K) was used more as a forward this week and kicked 2 goals.

Charlie Constable (MID, $500K) was the leading scorer for the Cats with 89. Nathan Kreuger (FWD, $170K) kicked 3 goals and managed 86 points, so you’d hope he is getting closer. Darcy Fort (RUC, $228K) was average with 3 hitouts and a goal for 49 points, and if Ratugolea’s injury is serious, expect him to return.

A very quiet weekend at the Pies VFL side. Isaac Quaynor (DEF, $246K) was the only relevant to report, who managed 8 touches and 4 tackles for 37 points.