Prices, positions & tips for the Lions. 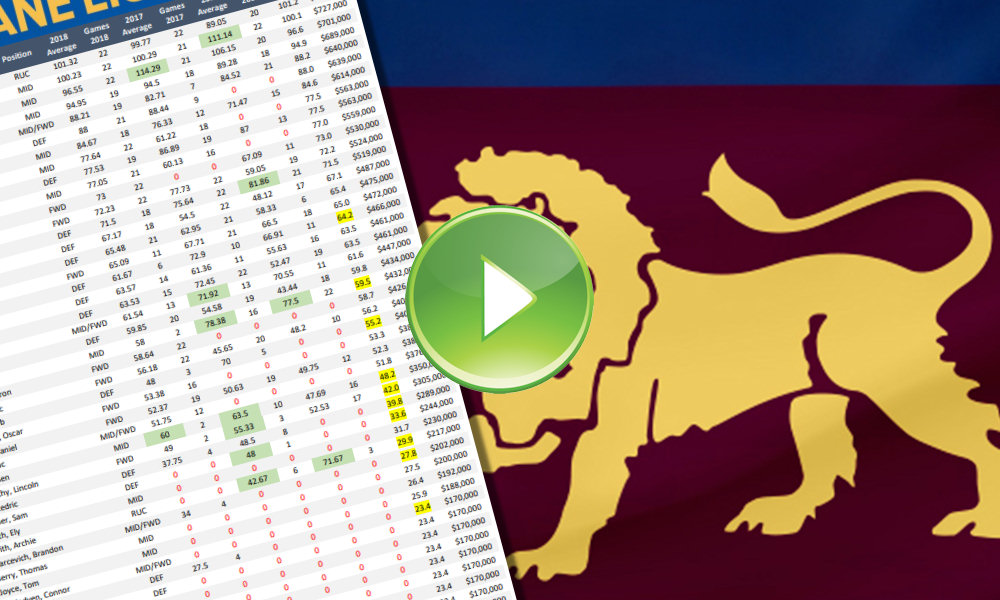 The gradual improvement for Brisbane under Chris Fagan will likely continue again next season, it was another 5 win season but the improvement in percentage reflects how competitive they were in 2018.

Dayne Beams & Stefan Martin were the only 2 players to average more than 100pts last season, Beams has departed to the Magpies & Martin was in a dual Ruck set-up for the majority of the season.

Witherden has shown a fairly decent fantasy game over his short AFL career, he averaged 88.0pts last season but that included an average of 106.7pts from his final 6 full games before being injured in Round 22.

The new kick-in rule next season may play favourably into the hands of Witherden, he recorded the highest amount of kick-ins last season at Brisbane.

With the long term injury to Sam Docherty many will look elsewhere to find an elite Defender in 2019, having averaged over 20.0 Disposals in his first 2 years at Brisbane Witherden looks to be a genuine option in 2019.

Neale moves from No.2 on the depth chart at Fremantle to No.1 at Brisbane, Dayne Zorko will likely receive most of the attention from opposition clubs again next season which leaves Neale to do most of the inside contested ball winning duties.

Neale was extremely consistent last season at Freo scoring 100pts or more in 63.6% of games, he was unable to produce many ceiling games but that could all change in 2019.

The ownership percentage will be interesting for Neale to begin the 2019 season, if he completes a full pre-season and records a high Disposal rate in the JLT series then he should be highly considered.

Smith may be a longer term project for Brisbane however for fantasy coaches he should be high on the list of rookies that could impact next season if given a chance to debut, he averaged 23.5 Disposals & 5.0 Tackles at TAC Cup level last season & recorded 30 Disposals (9 Clearances) & 5 Tackles in the final game for Vic Country in the U18 National Championships.

“He is competitive and strong around the ball and will boost our midfield group.” Brisbane Recruiting Manager, Steve Conole on Ely Smith.

Brisbane are still in the process of developing a quality midfield, Smith is worth watching in the JLT Series to see if he can squeeze in at Round 1.