Prices, positions & tips for the Pies. 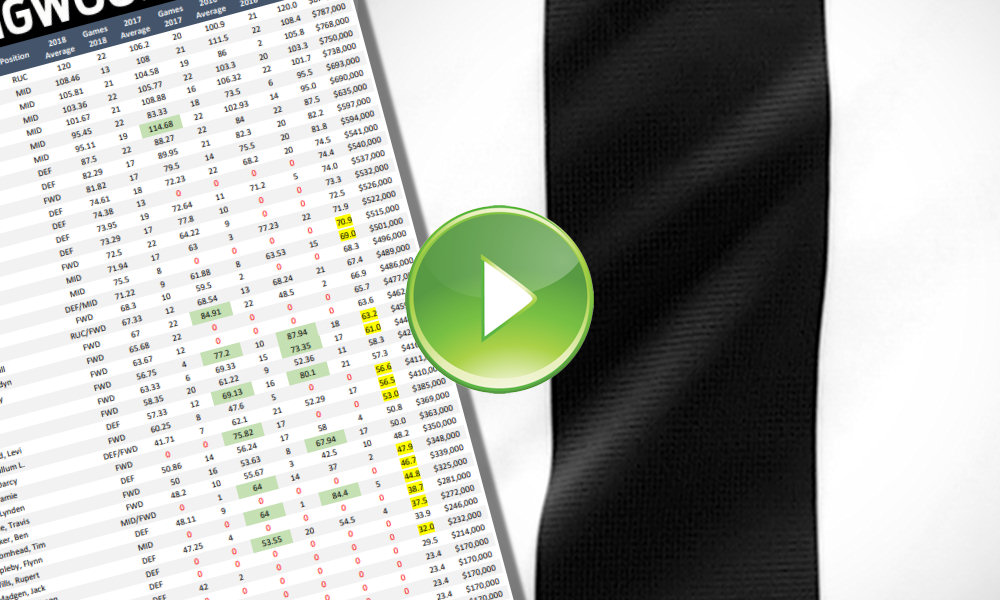 The injury to Adam Treloar last season resulted in a decline, the Magpies averaged 386.8 Disposals & 1612.2pts during his 9 game absence.

The 2019 version of Collingwood could produce even better fantasy results, the Magpies added Dayne Beams to an already stacked midfield.

Selecting the correct Collingwood players in 2019 will be a complex puzzle, their midfield depth chart from a fantasy perspective is likely the best in the AFL.

Unfortunately due to the Collingwood extensive depth some of the scoring may be diluted amongst players, identifying the midfield usage for those at the top of the depth chart will be critical to begin the season.

Ownership will be high for Grundy at Round 1 this season, he has averaged 100pts or more in 3 consecutive years including an average of 119.0pts in 2018 (Incl. Finals).

The early H&A fixture is favourable for Grundy, there is not much to think about here.

With the addition of Dayne Beams and the stacked midfield at the Magpies it is likely that Pendlebury could be pushed more to a half back starting position, therefore a potential in obtaining DEF status.

As a MID only Pendlebury is in the mix of players to average around 100pts for the season, as a DEF he automatically rates highly in that category.

This is a speculative selection based on the possibility of obtaining DEF status, there is not much downside if this doesn’t occur but the upside of being one step ahead of the field is worth considering.

The talented Half-Back is appropriately sized to step right in at AFL level, however initially breaking into the Collingwood line-up may be difficult.

Quaynor is a must watch during the JLT Series, if he is able to produce with significant game time then he is worth chasing when selected.