Prices, positions & tips for the Roos. 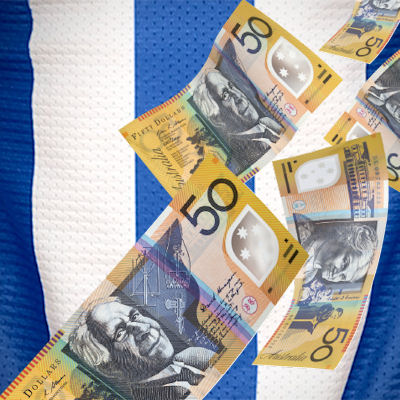 Many fantasy coaches will by-pass Nth Melbourne when constructing a Round 1 team which could create some definite PODs, the Kangaroos were poor averaging 368.6 Disposals per game in 2017 (Ranked: 14th).  Nth Melbourne are still entering a considerable rebuild period, as fantasy coaches that is the time to look for genuine opportunity  rather than abandon any thought of selecting players from the Kangaroos in 2018.

The issue many fantasy coaches have with Nth Melbourne is the game plan under Brad Scott, they didn’t record a 400+ Disposal game until Round 23 against Brisbane (400+ Disposal AFL Average: 7.1). Hopefully Brad Scott’s game plan will evolve with a relatively new playing group in the coming years, but that doesn’t mean there won’t be fantasy options this season.

Clarke should be the target of many fantasy coaches at Round 1, he is priced at 68.7pts and will likely be best 22 for the entire 2018 H&A season at Nth Melbourne. Clarke averaged 89.8pts from his final 5 games last season averaging 26.8 Disposals, he scored 100pts or more in 2 of those final 5 games averaging 9.5 Tackles. Clarke is worth following during the JLT series and is a must consider at Round 1.

McDonald jumped on to the fantasy radar in 2017 averaging 85.7pts at the Kangaroos, over his final 9 games that average increased to 93.4pts which included 4 games exceeding 100.0pts. There may be some value remaining for McDonald in 2018, at the very least he should deliver consistency that will support any fantasy backline.

Higgins scored a career season high 94.4 average in 2017, he scored 100pts or more in 38.1% of games but failed to hit 120pts. Over his career Higgins has been injury prone but in 2017 he managed 21 games and was the highest averaging fantasy player at Nth Melbourne, he averaged 101.4pts from his final 8 games of 2017. Higgins will be a MID only in 2018, he will likely be low owned but certainly worth is considering as one of the senior midfielders at the Kangaroos.

Garner finally was finally injury free for most of the 2017 season and showed signs of a fantasy game, priced at 70.4pts as a forward does throw up the potential of a Round 1 selection. Garner averaged 14.2 Disposals in his first 13 games last season, that increased significantly over his final 5 games when he averaged 20.2 Disposals & 87.2pts. Garner is worth a once over look during the pre-season, if his role equates to a high points per minute result then he should be in the mix as a mid-priced option.

High draft prospect Davies-Uniacke should be able to crack in to the Kangaroos midfield in 2018, he averaged 24.1 Disposals during the TAC Cup in 2017. Worth grabbing as soon as he is named for a Nth Melbourne debut.

New team & a new opportunity for Hartung, he scored 80pts or more in 61.1% of games in 2017 at Hawthorn. Worth a place on any watch list just in case his numbers spike during the pre-season, priced at 80.0pts to begin 2018 he could turn out to be a mid-priced bargain.