Prices, positions & tips for the Blues. 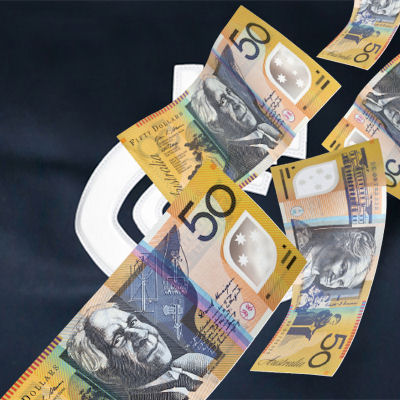 There were some mixed results for Carlton’s AFL Fantasy output in 2017, despite the outstanding individual performances by Docherty, Kreuzer, Murphy, Gibbs & Co the Blues were still Ranked 18th averaging 359.7 Disposals per game. Carlton’s top end fantasy talent was very good last season but underneath provided varying results with only a couple of exceptions, the Blues are still in rebuild mode and that means a few more opportunities should exist in 2018 for cheap salary options.

Sam Docherty’s torn ACL news a few weeks ago was a dagger in the heart for those that were going to spend up to grab him at Round 1, finding the correct replacement answer will likely unfold over the pre-season so rather than provide commentary surrounding his absence keep an eye out for pre-season notes & JLT Series scoring updates in Feb/Mar.

With injury concerns now a distant memory Kreuzer delivered a career season high 105.0pts last season, he scored 100pts or more in 61.9% of games & 120pts or more in 28.6% of games. Injuries to Dan Gorringe & Andrew Phillips in 2017 allowed Kreuzer to have a free solo run in the Ruck and he clearly thrived, the genuine concern will be if Phillips returns in 2018 creating a dual Ruck set-up. In 2016 Kreuzer averaged 70.8pts when he & Phillips shared Ruck duties, last year Brendon Bolton had no choice but to play Kreuzer as a solo Ruck but what will he do in 2018? Spending up at a high price tag to grab Kreuzer could be dangerous if Bolton goes back to a dual Ruck set-up.

Marc Murphy averaged 111.1pts in 2017 which was the 3rd highest average at Carlton behind Bryce Gibbs & Sam Docherty, with Gibbs now gone and Docherty missing in 2018 through injury can he sustain his high average again in 2018? Murphy scored 100pts or more in 77.3% of games & 120pts or more in 31.8% of games last season, he recorded a season high 145pts against Essendon in Round 3. Murphy averaged 133.3pts from his opening 4 games of 2017, in his remaining 18 games he averaged 106.2pts. The uncertainty of being tagged in 2018 does sound a few alarm bells for Murphy, however he is likely to be low owned at the beginning of 2018 which could create a decent POD for fantasy coaches.

Kennedy should have the green light to jump in to the Midfield in 2018 at Carlton, whilst his Disposal average of 17.2 isn’t quite noteworthy at GWS last year recording 5 Tackles or more in 9 of 16 games was. Words that apply here are: Upside, value & opportunity

Lang was more or less thrown out by the Cats last year and that could result in a forward option for fantasy coaches in 2018, his 120pts against Sydney in a 2017 Semi Final was certainly encouraging. A must watch during the pre-season for team positioning & scoring output.