Prices, positions & tips for the Suns. 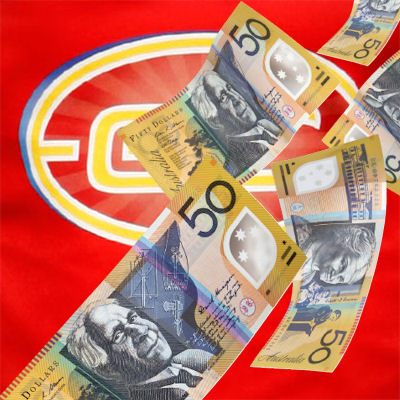 Gold Coast have a plethora of young talent for fantasy coaches to look at during the pre-season & with a new coach on board there will be plenty of opportunities for players previously off the fantasy radar to thrive, Stuart Dew wants to implement a contested ball type game plan similar to that of Sydney so targeting Inside MIDS could be a good place to start.

Gold Coast found plenty of ball in 2018 averaging 387.5 Disposals in the 2017 H&A season, between Rounds 1-15 they were the top ranked team in the AFL averaging 408.5 Disposals per game before falling away late in the year.

Important: Gold Coast do not play at Metricon Stadium until Round 11 due to the Commonwealth Games , also a Round 10 Bye with no AFL Fantasy roster adjustments.

Fiorini averaged 83.6pst in his 2nd year at Gold Coast scoring 100pts or more in 38.5% of games, he has recorded 20 or more Disposals in 60.0% of career games at a fantasy average of 104.3pts which includes a career high of 166pts against Port Adelaide late in 2016. Considering his ball winning ability and a new head coach Fiorini is primed for a 2018 breakout, he is a must watch in the pre-season.

If the AFL Fantasy forward line turns out to be slim pickings again in 2018 it likely won’t include the name of Michael Barlow, after an injury shortened 2017 season he averaged 94.8pts scoring 100pts or more in 33.3% of games and just 8.3% of games fewer than 80pts. Barlow is an inside Mid that will highly likely succeed under Stuart Dew, not blessed great pace playing in the midfield at a high percentage in a contested game plan should lock in his midfield time at a high rate under Dew.

Weller’s fantasy numbers weren’t great at Fremantle averaging 62.7pts in 2016 & 74.0pts in 2017, but this selection is all about opportunity for his positioning as an Inside Mid & his low price which could turn out to be a top 2018 value pick. Adding to his fantasy potential Weller has not missed a game in the last 2 years, if you are looking for potential growth in a mid-priced Mid then he could be your man.

If you want a high ceiling Defender then Hanley should be worth considering, in his first year at Gold Coast he averaged 72.2pts scoring 100pts or more in 15.4% of games & 120pts or more in 7.7% of games. Volatility could be an issue for Hanley again as he scored fewer than 80pts in 61.5% of games, he is a definite must watch in the pre-season for positioning & team usage if he plays across half-back. Hanley is experienced and can find the ball in the right circumstances, a new coach, stable environment & playing group could see genuine upside in selecting him at Round 1.

Place Wigg on your mid-late season watch list, a fractured Ankle in early December will severely interrupt his pre-season. Once he plays you won’t be disappointed.

Brodie was described as a ‘clearance machine’ by Fantasy Freako in the 2017 Prospectus, he averaged 64.0pts from 3 games which included 23 Disposals & 89pts in Round 23 last season.