Inside the Numbers Round 11 Wrap

Pete from aflratings.com.au takes a look inside the fantasy numbers. 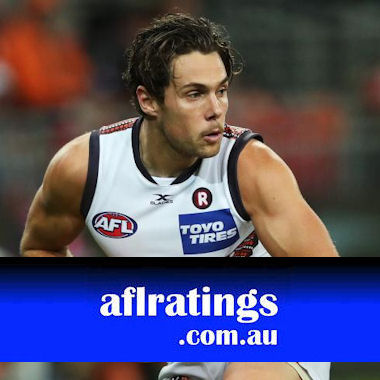 Coming off a career high 133pts in Round 11 Jarryd Lyons is also doing some nice work scoring 96pts or more in 6 of his last 7 games averaging 25.3 Disposals this season, whilst not a top ranked MID prospect it might be wise to keep an eye on him especially in Draft and shorter formats. After a slow start to the year Michael Barlow has been putting up decent numbers and could be a top ranked FWD at the end of the year, he has averaged 28.7 Disposals from his last 6 games and has averaged 102.7pts over that period.

Collingwood have been ranked in the top 2 for fantasy team points for 3 straight weeks, the Magpies have averaged 1896.3pts over this period and are currently the top ranked team this season averaging 1733.0 fantasy team points per game. Since returning from injury Adam Treloar has averaged 33.0 Disposals and 118.3pts from 3 games, after a somewhat quiet start to the year Steele Sidebottom has averaged 119.5pts from his last 4 games.

Nth Melbourne have conceded 400+ Disposals in 3 of their last 4 games, the Kangaroos have generally been known for not giving up big fantasy numbers but recent numbers are clearly noteworthy. Nth Melbourne plays Brisbane at the GABBA in Round 23, just another reason to target Tom Rockliff.

West Coast have conceded 5 straight 400+ Disposal games (Last 5 Ave AGA: 421.0, Rank 18), those Rory Sloane owners will be glad to know he is matched up against the Eagles in Round 23 at Domain Stadium.

Good Luck for Round 12