Inside the Numbers Round 10 Wrap

As we hit the major Bye weeks strategy plays an important role setting up your team for the remainder of the year. 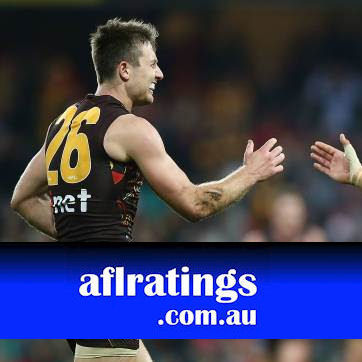 As we hit the major Bye weeks strategy plays an important role setting up your team for the remainder of the year, it may be time for a bit of a rookie reset that expands your bank or the patient coaches may continue to roll on with a great balance over the coming weeks with upgrading in full swing. Selecting  top ranked players at their position is vital in order to be at maximum scoring capability towards the late part of the season, picking those that will average highest at their position from the remaining games will likely set your team up for success in the run home.

Being able to spot value and adjust to scoring trends is just a small area in which your team could gain an advantage over your rivals, here are a few trends that may be of interest to you:

Yes the Hawks have conceded the most fantasy team points (Ave: 1708.4) this season but they did restrict the Swans to 1396pts in Round 10, what is clearly noteworthy however is that they are starting to score quite nicely averaging 1714.7pts from their last 7 games (Rank 2).

West Coast has conceded 400+ Disposals in 5 of their last 6 games at an average of 415.7 (Rank 18), however they averaging 421.4 Disposals FOR at Domain Stadium and play at home in 7 of their last 11 games including Round 23 (AFL Fantasy Grand Final).

Liam Shiels scored an equal game high 133pts in Round 10, he has averaged 118.7pts from his last 3 games

Marcus Bontempelli scored a team high 103pts in Round 10, he has scored 100pts or more in 8 of 10 games this season

Jeff Garlett scored a career high 138pts in Round 10, he has a career average of 97.1pts when kicking 4+ Goals

David Zaharakis scored a team high 131pts in Round 10, he has averaged 129.3pts from his last 3 games

Connor Blakely scored a team high 119pts in Round 10, he has averaged 115.0pts from his last 4 games

Steele Sidebottom scored a game high 139pts in Round 10, he has averaged 116.3pts from his last 3 games

I am a FWD only

I have averaged 90.3pts from my last 4 games

I have never averaged over 85.0pts in my career

I missed all of last season due to injury

Good Luck for Round 11