Inside the Numbers Round 2 Wrap

Pete from aflratings.com.au is back for 2017 with a look inside the numbers from round two. 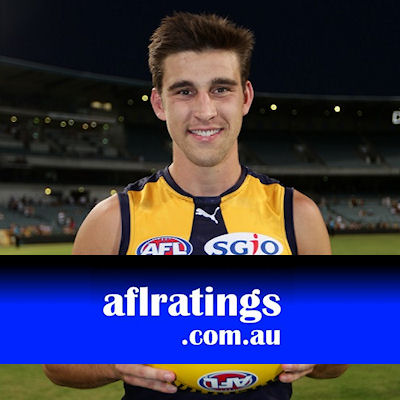 Melbourne provided another huge haul of Fantasy points again in Round 2, the Demons scored 1829pts against the Blues and were Ranked No.1 for the 2nd consecutive week. Non Premium types such as Clayton Oliver, Dom Tyson & Christian Salem have all delivered. Oliver’s numbers are probably at the stage where he can’t be ignored for much longer, a breakout seems to be in full progress.

Essendon are quietly going about their business through 2 games averaging 1791.5 fantasy team points (Rank 2), Zach Merrett’s numbers are quite outstanding averaging 34.5 Disposals & 134.5 AFL Fantasy points from 2 games. Many coaches wanted to take an early season peak at how Merrett would perform with all the Bomber players returning from suspension, the answer is quite easy now with finding the cash reserves the most difficult task especially if you are trying to maintain structure and develop rookies.

Just a few words on the Saints, they are giving up a league worst 438.0 Disposals per game and are also averaging a league worst 1422.0 AFL Fantasy team points. The road ahead for St Kilda looks ok with Brisbane, Collingwood & Hawthorn  coming up in the next 3 weeks, the low ranking should start to correct in the short term.

Trent Cotchin scored a team high 119pts in Round 2, it is his 3rd consecutive 100pt+ game vs Collingwood

Dan Hannebery scored 79pts against the Bulldogs in Round 2, he has averaged 68.7pts in his last 3 games

Marcus Bontempelli scored a team high 126pts in Round 2, he has averaged 114.3pts in his last 4 games against Sydney

Rory Sloane‘s 152pts in R2 is his 2nd career highest score, his Top 3 career high scores have all been travel games

Tom Mitchell scored a team high 125pts in R2, he is the only Hawthorn player to score 100pts+ in 2 games this year

Kade Kolodjashnij scored an equal 2nd career highest score of 108pts in R2, it is the 4th time he has scored 108pts

Luke Shuey scored a game high 140pts in R2 (4th Career Highest), 7 of his Top 8 career high scores have been played in WA

Jack Steven scored 84 points in R2 against West Coast, he has failed to score 100pts+ in 5 of his last 7 games

Shaun Higgins scored a team high 119pts in R2, that equalled his highest score since Round 10 2015

Robbie Gray scored a career high 138pts in Round 2, it is only the 2nd time he has kicked 6 Goals in a game

I am currently averaging over 100.0pts

I am not the highest averaging player at my club

My team jumper has 2 colours

In the last 4 games I have averaged 116.5 against my upcoming opponent in Round 3

Good luck for Round 3