Welcome to the final round of the season and NBL Dream Team Grand Final Week. Will you be taking home your leagues championship trophy? 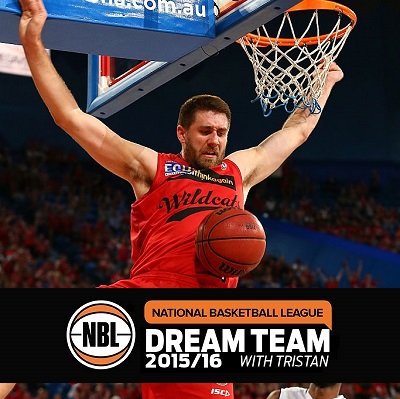 Welcome to the final round of the season and NBL Dream Team Grand Final Week. Will you be taking home your leagues championship trophy?

Illawarra’s stars Kevin Lisch (92) and AJ Ogilvy (88) were unsurprisingly second and third for most points, but after that there were surprises everywhere as many of the regular big scorers went missing in action. Nick Kay (70) was close second for best single game, while Cedric Jackson was almost first for Best Value Pick.

This was where round 18 was made as some of the most popular picks underperformed. After his great scores in previous week’s many started Ebi Ere (2) on court and were disappointed. Nate Jawai (6) and Matthew Knight (16) struggled against Sydney but it was the big names with doubles that hurt the most. Markel Starks (12) was the worst but captain choices Daniel Johnson (40) and Charles Jackson (36) hurt people the most.

Get Ready for Round 19

Cairns and Illawarra have only the single match this week, while in a big final round, everyone else plays twice. This gives us heaps of options for trades, assuming you have any left. There’s very little planning for this last round other than looking at a players average and form and deciding if they are going to score the most points for you this week.

That said, Adelaide and New Zealand are both competing for a spot in the finals, against the other finalists, so you know there are five teams who are going to be fighting to the very last match. Sydney and Townsville have both been playing for pride for a few weeks now and have been doing a good job of it. Cairns is the only them who I wouldn’t trust,  and since they have the single you should be trading them out and there is absolutely no way you should be trading any of them in. The same goes for Illawarra, although you keeping Lisch or Ogilvy isn’t a bad move if you can make good trades without their cash.

If you can’t afford the very best option, then players like Adam Gibson, Tom Jervis, Corey Webster, and Jordair Jett are all just over $100k and can score good points. Jermaine Beal is even cheaper but has slumped again, although with his erratic form you never know what you’ll get.

With all teams except for Cairns and Illawarra playing a double match this round there are heaps more options to choose from for your captain if you wish. Chris Goulding, Stephen Holt, Matthew Knight, Corey Webster, Charles Jackson, and Thomas Abercrombie are just a few that could score big. Casey Prather would also be on the above list if I thought that he would play both games. That said, unless you except to lose your match then you’re probably better going with one of the “safer” top choices.

Since it’s the last week I thought I’d just shout out to a few of the success stories of the year.

DT Talk writer Jeppa has been the most successful in our writer’s league with an overall rank of 24. He’s also primed to take home the writer’s league championship trophy. I’m currently ranked 102 overall and am hoping that a big final week can get that down into double digits.

For the league rankings, DTTalk Tigers are ranked #4 overall and DTTalk Dragons are ranked #8 overall. A great effort by the teams in these leagues for all of them to keep posting great scores all year.

I hope you’ve all had a really fun and successful season and I look forward to seeing you all again next season.