The magoos news for the week is in. 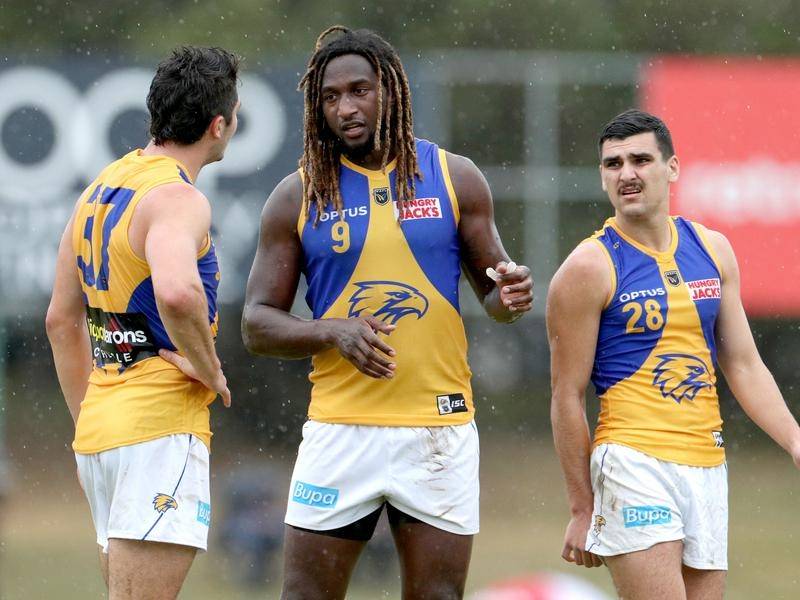 Verdict: Ratugolea for Fort, and if Rohan misses with a concussion, I’d expect Parsons (who was travelling emergency) or Scooter to come in, which will be interesting as Parsons hasn’t played for 2 weeks whereas Scooter was good on the weekend.

Verdict: Cousins will likely come in for Morrison or Poppy who both struggled last week, possibly both out and it could the door for a debut to Jones or even Hanrahan. If they op to put Sic back to where he belongs we could see Brand dropped and see a return to Mitch Lewis who only had 1 goal and 10 touches in twos but presence is important.

Verdict: Ben Paton (17 D) to come in for Newnes. 2 of Webster, Coffield and White should come in for Armitage and Marsh.

Ben Cavarra (FWD, $182K) was the top scorer for the Dogs with only 75. I think he’s still a while away. Hopefully, we can just pick him up at basement price next season. Rhylee West (MID, $220K) was named on the extended bench last week but missed out, however, he racked up 22 disposals (highest for the Dogs) and 75 points in the VFL. He must be getting closer but I don’t think there is any need for him to come in this week. Ryan Gardner (DEF/FWD, $180K) was quite good with 1 goal and 73 points, but Schache was decent so I think he holds his spot.

Verdict: Nothing jumps out to me.

Matt Scharenberg (DEF, $532K) was outstanding with 33 touches, 16 marks and 135 points. With Howe set to miss, expect Scharenberg to return from injury. Isaac Quaynor (DEF, $246K) has also been talked up as a potential Jeremy Howe replacement, after 21 touches and a goal for 80 points. From his 10 games in the VFL this season, he averaged 18 touches and 66 points.

Verdict: Howe or Scharenberg for Howe.

Verdict: Lever, if fit, for Petty.

It could finally be Will Snelling’s (MID, $207K) week after 28 touches, 8 tackles and 3 goals for 131 points. If Orazio Fantasia doesn’t get up, he is in the frame to come in. His job security would be pretty shocking but could even push Clarke back out if he performs. He would have no trouble scoring at AFL level and will be on to keep an eye on. Brayden Ham (FWD, $207K) was decent with 26 touches, 2 goals and 107 points. I struggle to see him getting another game barring injury. Aaron Francis (DEF/FWD, $377K) kicked 4 goals for only 79 points.

Verdict: Snelling for Orazio if he doesn’t get up.

The big story was obviously Nic Naitanui (RUC, $583K) making his return, in case you didn’t hear. He had 25 HO’s and 77 points from limited TOG. If he plays this week, expect him to have low TOG for the next month or so with average scores (70ish). Jarrod Brander (FWD,$195K) was also very impressive with 28 touches, 9 marks and 2 goals for 116 points. I don’t think he plays anytime soon though.

Verdict: Nic Nat, Barrass and Rioli in for Allen, McGovern and one of Cameron and Petruccelle.

Bailey Banfield (MID/FWD, $471K) was good again with 32 touches and 137 points, and makes a strong case to come in this week for an injured Hill. Harley Bennell (MID, $232K) was good with 1 goal before going down with an injury. Devastating news for Fremantle and Harley, and could see the end of his career at the Dockers. Cam McCarthy (FWD, $398K) should come in for Hogan after kicking 1.3.

Verdict: Cerra for Hill and McCarthy for Lobb.

Verdict: No need to make any unforced changes. McCartin in for Franklin makes sense for mine.

Verdict: Following on from my last point, they won’t gain much by making any changes this week after their win on the weekend.