Prices, positions & tips for the Crows. 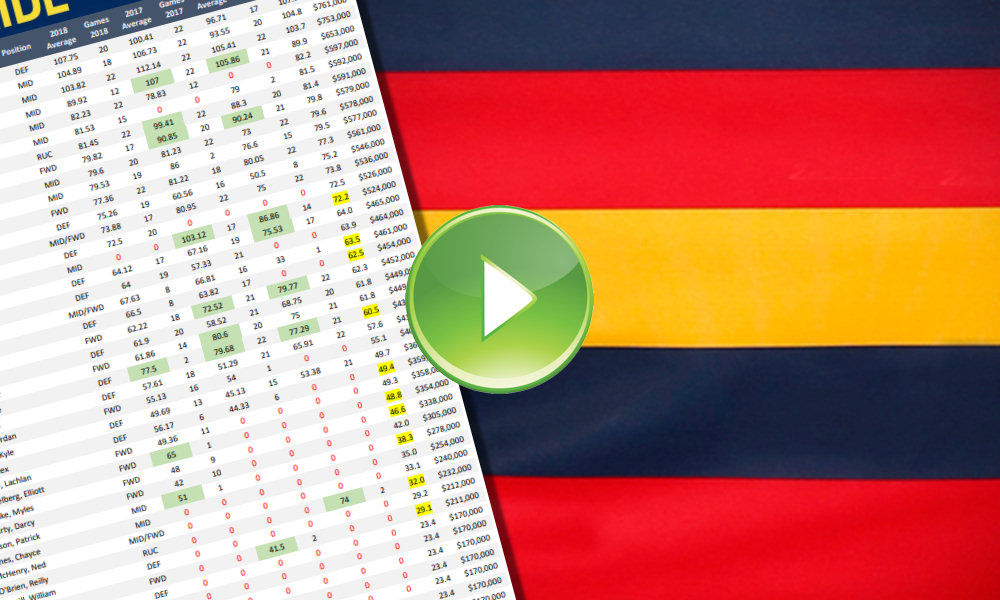 Injuries hit Adelaide hard last season providing a volatile situation for fantasy coaches to navigate through; Rory Laird (107.8pts) was the highest averaging player at the Crows but managed only 20 games, Matt Crouch (104.9pts) was the 2nd highest averaging player and managed only 18 games, Rory Sloane played only 12 games for an average of 89.9pts and Brad Crouch did not play at all in 2018.

If you think Adelaide can bounce back in 2019, then there will be a few options to choose from.

Laird wasn’t significantly impacted by the poor form of the Crows in 2018, he averaged 110.2pts from winning games & 104.1pts from losing games. Laird averaged 112.5pts when Adelaide scored 100pts or more last season.

Crouch was another that had an interrupted season after sustaining a hamstring injury in Round 2, he averaged 116.2pts from his final 9 games which could be an indicator of his value at Round 1 next season.

There a multiple premium midfield options to choose from to begin the 2019 season, Matt Crouch is one of those options based on his previous scoring history.

After missing the entire 2018 season with Osteitis Pubis Brad Crouch is severely discounted entering the 2019 H&A season, of course his pre-season needs to be monitored but at this stage there are no issues.