Prices, positions & tips for the Dogs. 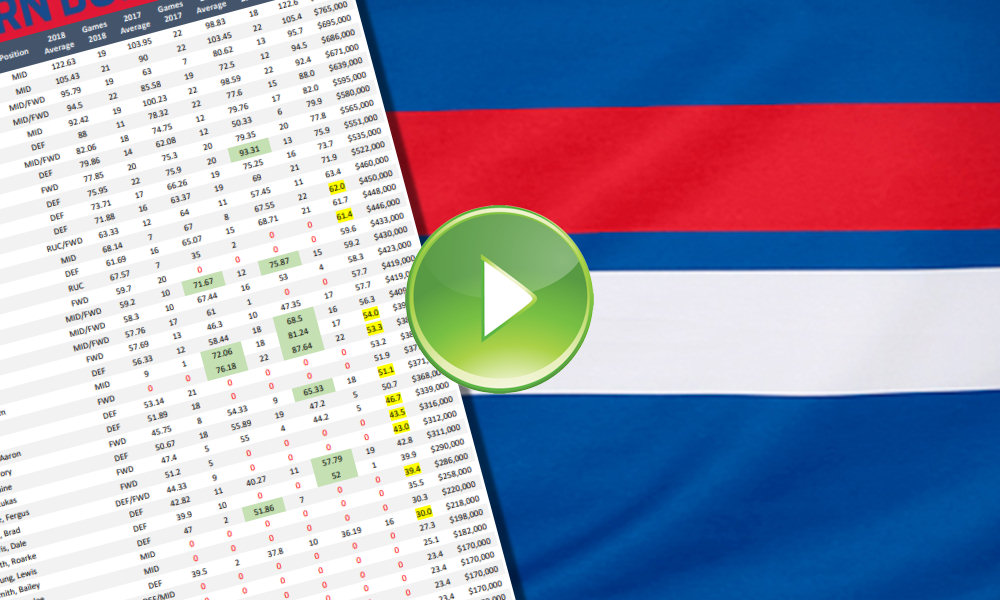 If the Bulldogs continue their high disposal game in 2019 then there will be more than just a couple of fantasy relevant options.

The investment in Macrae is quite significant at Round 1 next season, with Tom Mitchell on a slightly higher salary many will opt to pay up for Hawk midfielder.

Finding enough coin to roster Macrae at Round 1 next season could be a unique play with or without adding Mitchell, if he were to continue his outstanding form then it may take a while for other coaches to make the upgrade.

As mentioned above Dunkley thrived late in the 2018 season averaging 112.4pts from his final 9 games, the move into a premium midfield spot clearly assisted his scoring ability.

Dunkley scored 100pts or more in 77.8% of those final 9 games last season, with a dynamic midfield at the Bulldogs can we guarantee his progression will continue in 2019?

With FWD eligibility Dunkley will be a popular target in the pre-season, he is a must watch in the JLT Series for role & scoring ability. Getting the decision right on Dunkley could be decisive early in 2019.

Both West & Smith were impressive in the 2018 U18 National Championships, they both have elite ball winning ability and will likely crush their salaries when they debut.

West averaged 25.3 disposals and 6.3 clearances across the Under-18 Championships in 2018, Smith averaged 25 disposals.

If both play then the entire midfield mix at the Bulldogs could be thrown into disarray for players such as Lachie Hunter, Marcus Bontempelli & Josh Dunkley.

The potential early season opportunities for West & Smith need to be monitored, they could both play an important part in shaping a successful fantasy season.