The pre-season games will be played over two weeks in February and March. 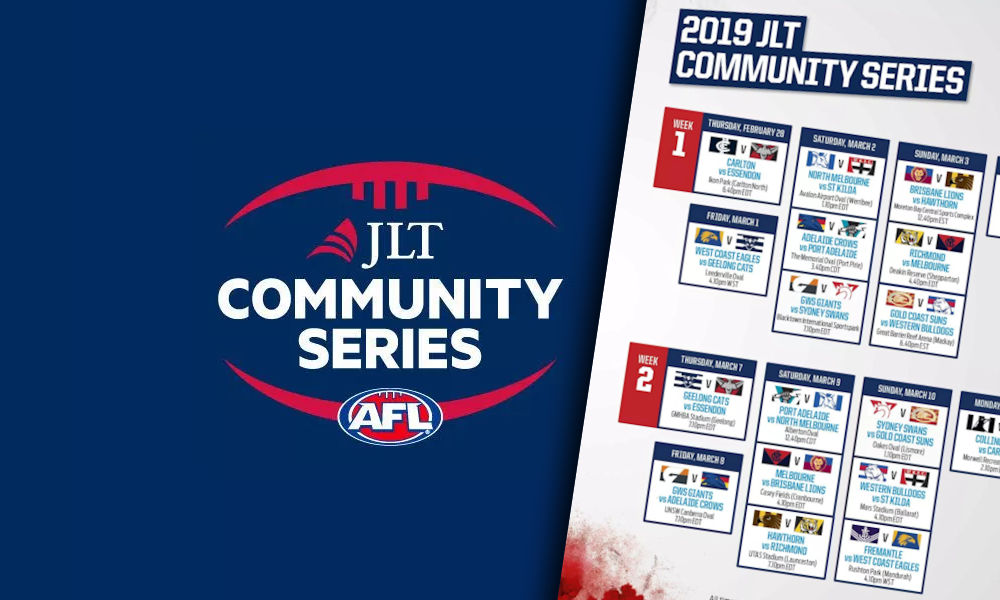 The JLT Community Series was announced today and the two game series for each club has been condensed into two weeks (previously it was three games over four weeks, then last year it was two games over three weeks). According to reports earlier this year, AFLX will happen the weekend before on February 22.

Lock these dates into your Fantasy pre-season calendar.