Prices, positions & tips for the Power. 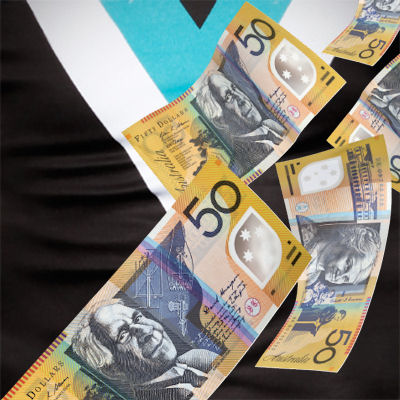 Will this apply to fantasy coaches in 2018?

Port Adelaide averaged 377.0 Disposals (Rank 11) in the 2017 H&A season and just 350.4 Disposals against Top 8 teams, they play 10 of 22 games against Top 8 teams in 2018. The good news for those investigating whether to use Power players this season is that they averaged 395.0 Disposals against teams that didn’t play Finals in 2017 and open the 2018 season playing 10 of their opening 16 games against 2017 bottom 10 teams, Port Adelaide are a high variance team and that is likely to continue in to next season.

The Power added several experienced players to their list during the off-season, there are only limited opportunities to view the full line-up in action with just 2 JLT Series games. If you are considering Port Adelaide players then watching these games should be a priority.

In his last year at Brisbane Rockliff averaged 103.0pts from 20 games, he averaged 129.3pts between Rounds 1-8 missed 2 weeks with a shoulder injury and then 85.5pts from his remaining 12 games. Uninjured in his opening 8 games Rockliff scored 100pts or more in 100% of games & 120pts or more in 75.0% of games, post injury he managed just 1 game of 100pts or more. Rockliff’s ceiling is not a concern in optimal conditions, but a move to Port Adelaide does put in to question his points scoring ability. Rockliff has averaged 121.4pts when kicking 2 Goals or more over his career, a move forward likely won’t impact his output dramatically. If Rocky’s points per minute spike in the JLT Series, then it will be difficult to avoid him at Round 1 at his current price.

Wines put together a solid 2017 H&A season averaging 99.9pts from 22 games, he scored 100pts or more in 60.9% of games but only 1 game exceeded 120pts or more (Incl. Finals). Wines has great durability having played in 97.8% of games since the beginning of the 2014 season, with the addition of Tom Rockliff his fantasy game may have some added value. If you are looking for consistency and a low owned MID then Wines could be an option, but don’t expect consistent high ceiling games.

Motlop begins 2018 at Port Adelaide priced at an average of 69.5pts, he averaged 93.3pts in 3 Finals for Geelong in 2017 and had his papers pretty much stamped for departure quite some time ago. The price tag for Motlop represents value but his role at Port Adelaide is key in determining how much value there is, a must watch in the JLT Series.

Boak is mentioned due to his DPP MID/FWD status, he scored 100pts or more in 31.8% of games last year with a high score of 153pts in Round 8 against Gold Coast. He might be of some use for those looking for flexibility within their team with multiple DPPs.