Inside the Numbers Round 13 Wrap

Pete goes inside the numbers once again for aflratings.com.au. 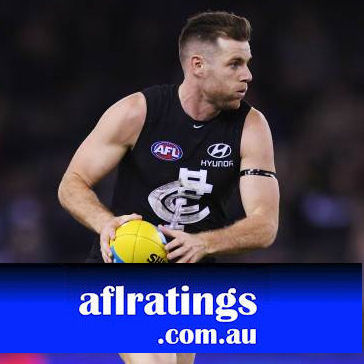 There has been a complete reversal of fantasy form from the Bulldogs in the last few weeks that has impacted quite a few fantasy coaches, the Bulldogs averaged 1690.6pts (Rank 4) in their opening 7 games of the season and appeared to be on track for another solid year but since R8 they have managed just an average of 1574.4pts (Rank 15). As a result of the negative turnaround the Doggies are conceding a heap of fantasy points, since Round 8 they have conceded 1803.4pts per game which is ranked last in the AFL.

Gold Coast had been ranked No.1 averaging 417.5 Disposals per game until their Round 13 clash against Carlton, the Suns recorded a season low 312 Disposals as the Blues game plan of holding on to the ball in their defensive half of the ground severely restricted nearly all of the Gold Coast high Disposal players.

The Carlton young group is coming together nicely and will definitely impact fantasy output for opposition teams in the future under Brendon Bolton, the Blues have restricted opposition Disposals to an average of 352.0 from their last 3 games (Rank 3). When the intent from Carlton is to restrict high Disposal teams the value of players such as Sam Docherty & Kade Simpson increase significantly, the monster scores from defensive players will not always be available depending on different match-ups but when everything falls in to place like last week expect those defenders to crush.

Sam Mitchell scored a season high 117pts in Round 13, he has scored 100pts or more in his last 2 games

Patrick Dangerfield scored a team high 116pts in Round 13, he has averaged 132.0pts from his last 4 games

Dayne Zorko scored an equal career high 157pts in Round 13, he has averaged 131.2pts from his last 5 games

Christian Salem scored a team high 110pts in Round 13, he has averaged 102.5pts from his last 2 games

Jordan Roughead scored a career high 116pts in Round 13, it was his 1st career 100pt game

I have never averaged over 100.0pts in my career (Including Finals)

I have an average of 120.2 this year when I record 7 or more Tackles

My jumper number equals a total of 4

Good Luck for Round 14