Inside the Numbers Round 6 Wrap

Pete goes inside the Fantasy numbers for aflratings.com.au 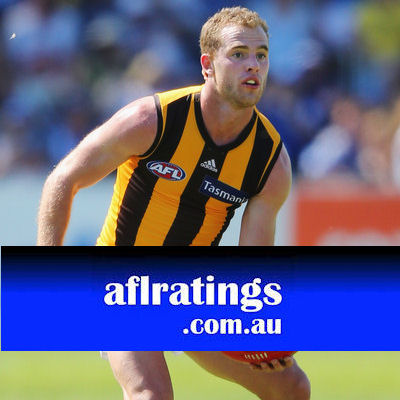 Hawthorn has completely fallen off the cliff in 2017 and teams matching up against them are having a field day racking up fantasy points (Apologies to West Coast), the Hawks are conceding a league worst 1775.0 fantasy team points having conceded 1800pts or more in 3 of 6 games already this season. Hawthorn has conceded a league high 400 or more Disposals in 4 games in 2017, the Hawks have been ranked in the bottom 4 teams in 4 of 6 games and are giving up an average of 424.0 Disposals this season.

There is one genuine positive for the Hawks and fantasy coaches and it is the current form of Tom Mitchell, he is the only Hawthorn player averaging over 100.0pts this season and has scored 120pts or more in 5 of 6 games to start the year. Mitchell’s average of 123.3 this year is currently Ranked 3rd behind Rory Sloane (131.5) & Zach Merrett (124.2), he is averaging 34.3 Disposals at the Hawks which is 6.4 more than in 2016 at the Swans.

It doesn’t seem as though the numbers are going to slow down anytime soon for Mitchell while Hawthorn are struggling, the possibility of being tagged by opposition clubs is likely very low at this stage and as a result Mitchell should be able to accumulate with ease in the short to medium term.

Zac Williams scored a game high 107pts in Round 6, he is averaging 90.5pts this season

Jack Steven scored a game high 133pts in Round 6, he is averaging 117.3pts in his last 4 games vs Hawthorn

Kade Simpson‘s 161pts in Round 6 was his 2nd career highest, he averages 133.8pts when taking 11 Marks or more

Isaac Heeney scored a team high 120pts in Round 6, he has averaged 103.6pts from his last 5 games

Charlie Dixon scored a game high 125pts in Round 6, that score breaks a 30 game consecutive streak without scoring 100pts

Mitch Robinson scored a team high 112pts in Round 6, he has averaged 107.7pts from his last 3 games

Lachie Neale scored a team high 114pts in Round 6, he has averaged 106.3pts from his last 3 games

Tom McDonald scored a game high 116pts in Round 6, he has averaged 99.3pts at Etihad Stadium this year

Zach Tuohy scored an equal team high 117pts in Rounds 6, he has averaged 114.7pts from his last 3 games

Taylor Adams recorded his 2nd highest career score of 148pts in R6, his highest score of 151pts was recorded in R1 ’17

Trent Cotchin scored a team high 123pts in Round 6, he had not scored 120pts or more in his previous 15 games

I have averaged 34.0 Disposals from my last 4 games

I have never averaged 100.0pts or more over my career

My team jumper has 3 colours

In my last 2 games against my Round 7 opponent I have averaged 113.5pts

Good Luck for Round 7