The full prices and positions for Richmond and aflratings.com.au’s top five potential targets for 2017. 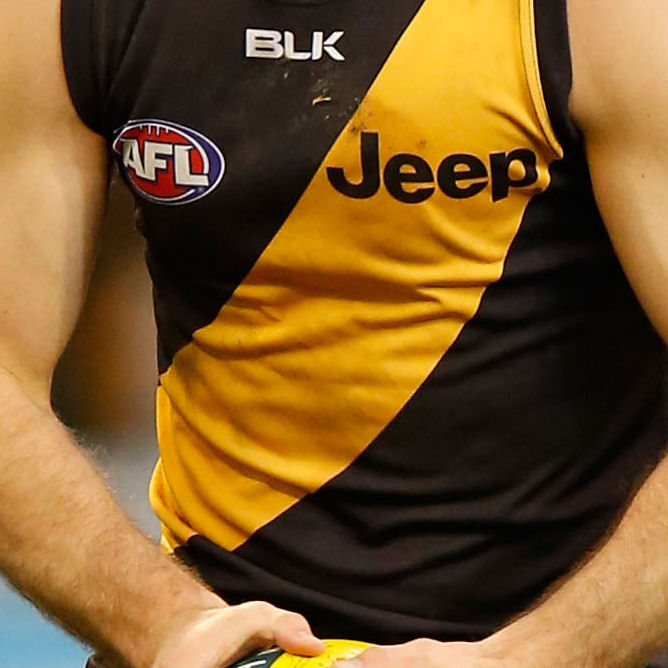 Finally Richmond were able to secure some midfield talent in the off-season, the key trades of Dion Prestia & Josh Caddy will certainly help a midfield that has been shorthanded for quite some time and the trade for Toby Nankervis also assists a ruck division that has been struggling for the a couple of years.  However the deals made by the Tigers may not be good news for established players especially in the midfield, Presita & Caddy will slot in to a midfield that was Ranked 13th last season averaging 367.2 Disposals per game. Under Damien Hardwick Richmond has not really been a disposal heavy team, hopefully we can all view an increase in the pre-season that may deliver a few Tiger options.

Here are 5 potential targets for Richmond in 2017

Dion Prestia should have an immediate impact in the Tigers midfield in 2017, he averaged over 25 Disposals in each of his last 4 years at the Suns with a career high fantasy average of 100.4pts in 2014. Prestia has yet to join Richmond in full training but he is not far away after knee surgery during the 2016 season, over his 6 year career he has managed to play a full season only once and completed just 50.0% of available games in the last 2 years. Prestia does have a fairly decent ceiling of points with a career high 157pts against Adelaide back in 2013, over the last 2 years he has scored 100pts or more at a very low 36.4% S/R (Strike Rate) and in his only full season of 2014 at a moderate 50.0% S/R. Prestia is definitely one to watch over the pre-season due to his fantasy scoring ability, if the Tigers do start to increase disposal numbers through the midfield then he is certainly worth a look for a Round 1 roster spot.

There is very limited data for Nankervis having just played 12 games in the last 2 years at the Swans, his Disposal average was quite solid averaging 11.6 per game for the season and more importantly 14.7 from his last 3 games in 2016. Richmond played the Hampson/Maric combo just once last season and 3 times in 2015, Hampson was much improved in 2016 but it remains to be seen if the Tigers play a dual Ruck set-up with Maric considered as insurance only right now. Nankervis is clearly a must watch over the pre-season and if there is any indication that Richmond will play only 1 Ruck then his value definitely increases, he averaged 67.0 fantasy points last season with a season high of 86 against St Kilda in Round 21. All of Nankervis’ games in 2016 were played in a dual Ruck setup at the Swans.

Cotchin might enjoy a bit of freedom in the midfield now with the additions of Prestia & Caddy, he has averaged over 100.0pts once in his career and that was in 2012 (110.7). Cotchin did jump out to a reasonable start in 2016 averaging 105.0pts between Rounds 1-11 but fell away to average just 90.5pts between Rounds 12-23, more importantly if the Tigers can produce a few more wins then Cotchin’s average of 107.7pts in winning games comes in to play next season. Cotchin scored 100pts or more at a moderate 50.0% S/R in 2016, he did score 100pts or more in 8 of his opening 10 games of ’16. Not many will be sold on Cotchin’s ability to return to premium status in ‘17, be aware of his volatility as he scored fewer than 80pts in 25% of games last season.

Dusty has lost his FWD status to begin the 2017 season but that does not mean he is not an option for 2017, despite the inconvenience for fantasy coaches there is the possibility that he may reclaim a DPP role at some point during the season upgrades. Martin put up plenty of premium scores in 2016 so sticking with him could provide a very good point of difference, he scored 100pts or more at a quality 63.6% S/R and 120pts or more at a very good 27.3% S/R with a season high 161pts against Essendon in Round 17. Despite Richmond’s inability to put up high Disposal numbers that doesn’t seem to be an issue for Martin, he registered 30 Disposals or more in 14 games last season. Martin is a very durable player that comes in handy for fantasy coaches with limited trades, he has played 97.5% of a possible 157 games over his career which makes him a genuine option to begin the 2017 in any midfield.

Ellis regressed in 2016 to average just 89.5pts from 22 games, like Martin he is very durable having played 97.3% of a possible 113 games over his career. Ellis struggled in 2016 scoring 100pts or more at a 27.3% S/R with 31.8% of his games falling below 80pts, if any player is in need of some additional midfield assistance it is Ellis who could thrive given the opportunity to rack up some additional disposals to increase his fantasy output. There is a little value in selecting Ellis in to a Round 1 team, but given the quality of other premium players around his price it would take a brave coach to lock him in.