The full prices and positions for Collingwood and aflratings.com.au’s top five potential targets for 2017. 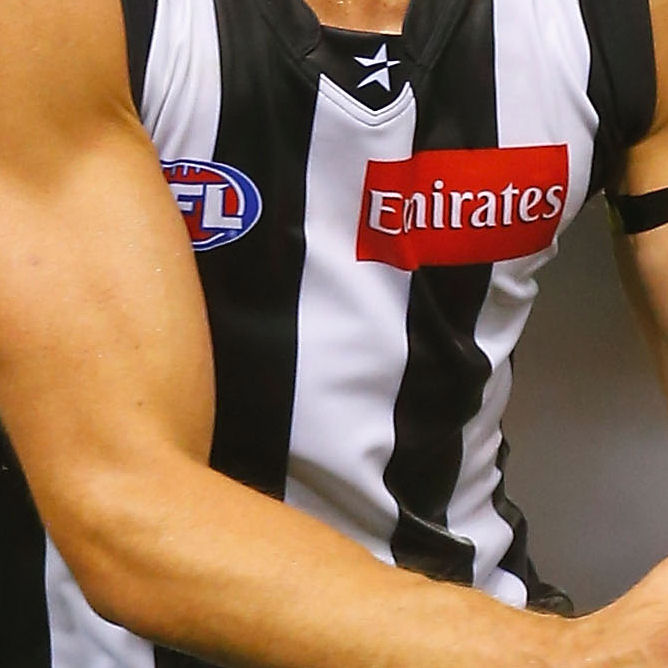 Despite another under performing season Collingwood were again able to provide genuine fantasy options last season, the emergence of Brodie Grundy especially late in the season was a positive along with the consistent high scoring from Adam Treloar.  The Magpies finished the 2016 H&A season ranked 6th overall averaging 1632.5 team fantasy points per game, they were ranked 8th in team Disposals averaging 380.0 per game. Collingwood improved in the 2nd half of the year averaging 1687.4 team fantasy points & 386.7 Disposals per game post their Round 13 Bye, if the late season numbers hold true in 2017 the Magpies will again deliver some genuine options for the upcoming fantasy season.

Here are 5 potential targets for Collingwood in 2017

Treloar had an outstanding first year at Collingwood averaging 111.5pts per game, he was clearly the highest ranked player at his new club scoring 100pts or more at a 68.2% S/R (Strike Rate) which also ranked him in the Top 10 in the AFL. Treloar was a consistent performer over the entire 2016 season,  he was only 1 of 3 players in the AFL to score 110.0pts or more between Rounds 1-11 and also Rounds 12-23 (Patrick Dangerfield & Zack Merrett were the other 2 players). As we know the Magpies midfield produces quality fantasy numbers, it will unlikely change in 2017 therefore Treloar should be a prime target to begin the new season on any roster.

Quite a few fantasy coaches would be kicking themselves not selecting Grundy at any stage during the 2016 season, many would have avoided taking him based on his Round 1 absence from team selection at the Magpies. Grundy then played the final 21 games for the Magpies and averaged a career season high of 100.9pts in just his 4th year in the AFL, his Disposal average of 18.4 per game was Ranked 1st in the AFL for leading Rucks. Although Grundy scored 100pts or more at a moderate 52.4% S/R for the season it was his finish to the year that was certainly noteworthy, he averaged 113.2pts from his final 10 games and 123.2pts from his final 5 games. The Magpies will again insert Grundy as their No.1 Ruck in 2017, with Witts now gone there should not be any threat of a dual Ruck setup in the near future.

Adams will be a popular Defender selection to begin the 2017 season and quite rightly so, he averaged 102.9pts last season averaging a career high 27.7 Disposals per game. Durability does seem to be an issue for Adams, he has played in only 68.2% of available games over his career with that falling slightly to 66.7% in his last 3 years at the Magpies. Adams scored 100pts or more at a very good 64.3% S/R from his 14 games in 2016, if he is fit and ready to go at Round 1 it will be very difficult to avoid him on your roster.

Sidebottom is still producing elite numbers despite the other quality options at the Magpies, he opened the 2016 season averaging 109.1pts between Rounds 1-11 (Top 10 AFL Rank) and finished with a season average of 103.3pts. Sidebottom scored 100pts or more at a respectable 55.0% S/R, he recorded a season high 144pts against Essendon in Round 5. Sidebottom is entering his 9th year at the Magpies, he is still quite durable despite missing 2 games last year via suspension. Sidebottom will likely not be that popular at Round 1, he is certainly worth a look as a very good point of difference.

Despite injury concerns early in 2016 Pendlebury was able to put together yet another full season, he is as durable as they come having played in 99 of a possible 100 games dating back to 2012. Pendlebury averaged 106.3pts in 2016 which was his lowest season average since his 94.1pts in 2009, he scored 100pts or more at a healthy 59.1% S/R with a season high 148pts against West Coast in Round 19. If the Magpies can produce a winning 2017 season then Pendlebury’s average of 115.1pts in winning games in 2016 does come in to play, with Treloar attracting most of the attention at Collingwood in 2017 Pendles will most certainly be a good point of difference.