The full prices and positions for Sydney Swans and aflratings.com.au’s top five potential targets for 2017. 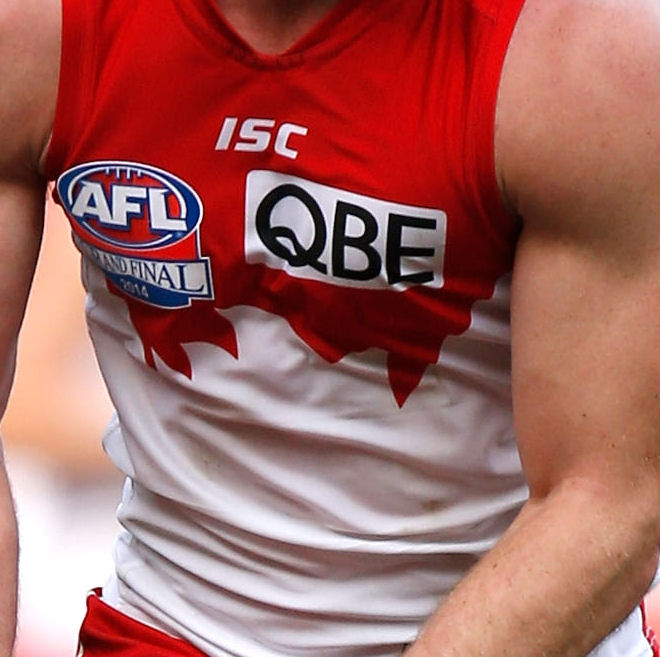 Sydney’s big 4 Midfield (Parker, Hannebery, Kennedy & Mitchell) last season didn’t disappoint with all players averaging over 100pts, with Tom Mitchell moving clubs the opportunity does exist for at least one player to join the 100pt quartet club in 2017. Albeit losing the Grand Final was tough to absorb for Sydney last season they were at least able to regenerate their playing list which provided opportunities for fantasy coaches, 2017 should be no different with the emergence of a few more young stars. The Swans were ranked 2nd in the 2016 H&A season averaging 395.8 Disposals per game, they were ranked 1st with 40.4% of pure AFL Fantasy Midfield listed players scoring team total points.

Here are 5 potential targets for Sydney in 2017

Hannebery was a popular selection for fantasy coaches at the beginning of the 2016 season, despite regressing by 1.2pts and averaging 107.4pts for the season including Finals he proved his selection worth. Hannebery began last season well averaging 109.7pts between Rounds 1-11 (AFL Top 10 Rank), he remained consistent throughout the 2nd half of the season averaging 107.0pts between Rounds 12-23 & 102.3pts in the Finals. Hannebery scored 100pts or more at a 69.2% S/R (Strike Rate (AFL Top 10 Rank), he was able to convert those games in to scoring 120pts or more at a 30.8% S/R. Hannebery was consistent as they come across all player splits, he will again be a popular selection in 2017 and quite rightly so.

Kennedy again delivered a strong fantasy season especially in the back half of 2016, having averaged 101.3pts between Rounds 1-11 he finished the season off well averaging 114.5pts between Rounds 12-23 & 111.5pts in the Finals. Kennedy scored 100pts or more at a 64.0% S/R, he scored 120pts more at a 28.0% S/R which included a season high 156pts against Fremantle in Round 19. The debate will rage amongst fantasy coaches again this pre-season of who and how many to take from the Swans, selecting Kennedy at any stage throughout the 2017 will be a very sound move.

Parker averaged a career season high 107.1pts including Finals in 2016, his start to the season was explosive as he averaged 118.8pts in his opening 6 games. Frustration soon immersed fantasy coaches between Rounds 7-12 when he averaged just 85.5pts but that was short lived as finished the season off well averaging 119.2pts between Rounds 13-23. Parker scored 100pts or more at a 57.7% S/R (lowest out of Hannebery, Kennedy & Parker), he scored 120pts or at a 30.8% S/R which included a season high 158pts against the Bulldogs in Round 15. With Mitchell having moved clubs during the off-season the opportunity for Parker to take his game to the next level is quite possible, he does have a huge ceiling of points and hopefully can eliminate his poor scores in 2017.

Having played a full 26 games last season Lance Franklin couldn’t quite get back to the 100.0pt average in 2016 (93.4 Ave), his only 100.0pt season average was back in 2012 with the Hawks. Since moving to the Swans at the beginning of 2014 Franklin has averaged 91.2pts, he has played in 86.7% of a possible 75 games again having played all games in 2016. Franklin scored 100pts or more at a 34.6% S/R last season, having got a start in quite a few games he only converted 11.5% of all games above 120pts. Franklin kicked 81 goals in 2016 at an average of 3.1 per game, often moving away from goal last season as part of the Swans game plan he recorded his highest Sydney Disposal average of 17.6. Whilst there is always the chance that Buddy can have another breakout season it is likely he will again average in the mid-low 90s, he is quite durable but his volatility in scores can be a negative.

Probably one the most popular forward selections heading in to the 2017 season will be that of Isaac Heeney, after averaging 78.0pts last season including Finals the upside is looking more than bright for the upcoming 2017 season. Heeney averaged 101.0pts in the Finals which is a strong indicator of a good fantasy career ahead, he scored a career high 132pts in the Preliminary Final against Geelong. There is nothing to suggest that there will not be any growth from Heeney’s opening price in 2017, just click away and enjoy the day.