The full prices and positions for Western Bulldogs and aflratings.com.au’s top five potential targets for 2017. 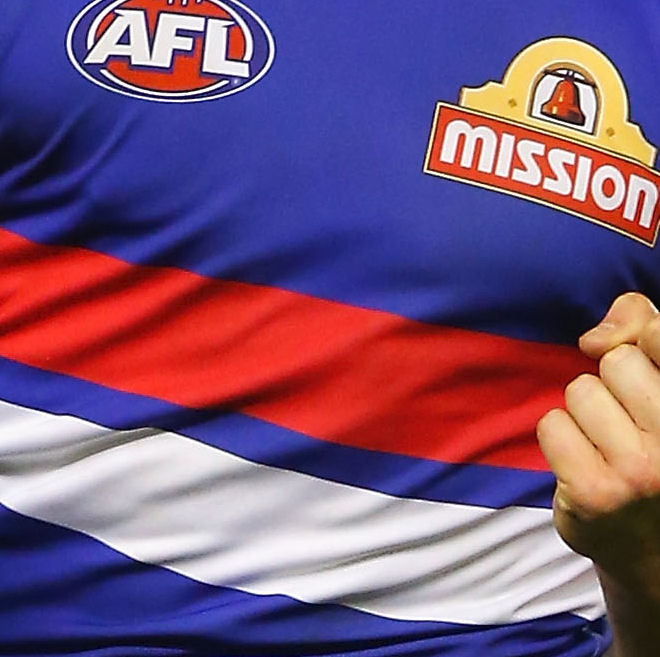 The Western Bulldogs were tremendous in the opening rounds of the 2016 H&A season as they registered 400+ Disposals in 10 of their first 11 games, to put that in to perspective only 1 other team registered 400+ Disposals for the entire season! The Bulldogs were ranked No.1 averaging 414.1 Disposals per game in the 2016 H&A season, they were also Ranked No.1 averaging 199.4 Handballs per game. There are multiple fantasy opportunities at the Bulldogs again in 2017, 5 players last season averaged over 25 Disposals and with their Disposal heavy game plan similar numbers are again expected for the upcoming season.

Here are 5 potential targets for the Western Bulldogs in 2017

After an impressive 3 year career at the Bulldogs Marcus Bontempelli is set to average over 100.0pts in a season for the first time in his career, he averaged 98.4pts in 2016 including Finals but it was his finish to the year that was clearly noteworthy. Bontempelli averaged just 88.1pts between Rounds 1-11 and an excellent 109.1pts between Rounds 12-23, he averaged 97.3pts in the Finals. Bontempelli scored 100pts or more at a moderate 50.0% S/R (Strike Rate) in 2016, over his final 16 games of the H&A season that jumped to a 75.0% S/R. Many fantasy coaches won’t be brave enough and shy away from the Bont at Round 1, entering his 4th season all numbers are pointing in the right direction for an average well above 100.0pts.

Macrae averaged 98.8pts in the 2016 season including Finals regressing from his 103.9pt average in 2015, he started the 2016 H&A season well averaging 102.5pts between Rounds 1-11 and just 93.0pts between Rounds 12-23 after missing the final 5 games due to injury. Macrae scored 100pts or more at a moderate 45.5% S/R but with diminished stocks at forward to open Round 1 he ranks highly, he also scored a season high 139pts against Collingwood in Round 10. Macrae will be a popular and safe selection at Round 1 as he is likely to average triple figures again, fading his action is quite a risky strategy but due his popularity could be justified if you can find other value options.

Hunter was on fire early in 2016 averaging 111.8pts between Rounds 1-11, after being touted as a great value selection at the beginning of Round 1 he clearly was advantaged by the Bulldogs Disposal heavy game plan and justified his selection. Hunter finished with an average of 99.0pts including Finals, he scored 100pts or more at a moderate 46.2% S/R with that figure jumping to a 63.6% S/R between Rounds 1-11. With so many premium midfield options available to begin the 2017 season it is likely Hunter will be a very good point of difference, the Bulldogs will continue to be ranked highly in Disposals which should correlate in to big numbers for Hunter.

Luke Dahlhaus was enjoying a very solid fantasy year averaging 98.5pts prior to being injured in Round 12 against Port Adelaide at the Adelaide Oval, after missing 5 games he returned to average 90.6pts between Rounds 19-23. Dahlhaus reminded all fantasy coaches of his scoring ability in the finals averaging 107.8pts from all 4 games, he finished the 2016 season scoring 100pts or more at a 42.9% S/R. Dahlhaus will add value to any fantasy team in 2017, his 100.4pt average from last season in losing games will definitely provide consistency required for a successful season.

Johannisen averaged 95.4pts including Finals in 2016 culminating in winning the Norm Smith Medal in the Grand Final, his scores did fluctuate during the season but again he was definitely advantaged by a high Disposal game plan at the Bulldogs. Johannisen scored 100pts or more at a 35.3% S/R, he recorded a season high 144pts against Essendon in Round 22. After missing 9 games with a hamstring injury in 2016 we weren’t provided the opportunity to view a Johannisen full season, if his 107.8pt average from his final 6 games of 2016 is anything to go by then he could be an excellent backline addition to your roster.