The full prices and positions for Carlton and aflratings.com.au’s top five potential targets for 2017. 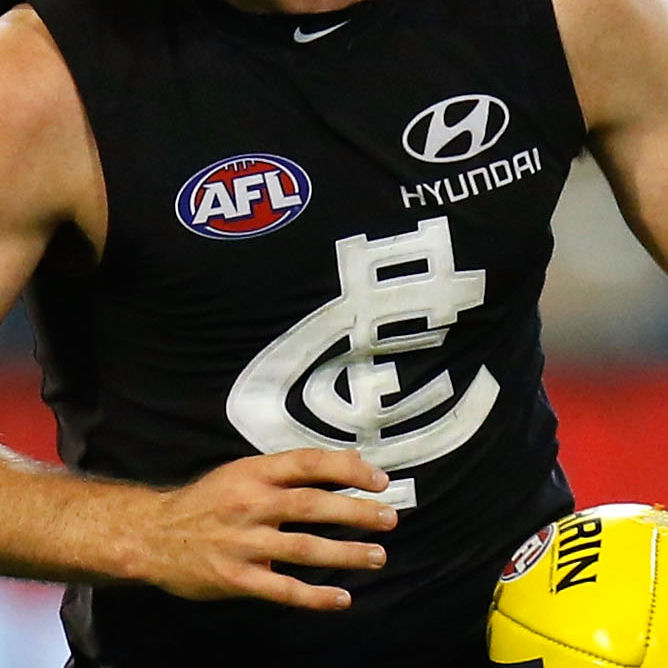 Carlton improved team fantasy points in Brendon Bolton’s first year as head coach, the Blues were ranked 17th in 2015 averaging 1428.3pts and jumped to 13th in 2016 averaging 1550.7pt per game. There were significant individual opportunities at Carlton last year including Ed Curnow, Bryce Gibbs, Patrick Cripps & the backline duo in Kade Simpson and Sam Docherty. It will be a little more challenging to find value in 2017 as most seem to be appropriately priced at an expected average with the exception of Marc Murphy, once again the Blues turned over a significant amount of players in the trade period so pre-season games are a must watch to see how the new players fit in.

Carlton are likely to produce similar fantasy numbers in 2017, again they will be highly ranked in listed defenders and lowly ranked at the forward positions.

Here are 5 potential targets for Carlton in 2017

One of the most requested answers in fantasy last year was Docherty or Simpson, looking at their final player splits the only significant differential of note is the age of each player (Docherty 23 & Simpson 32). After averaging 82.2pts in 2015 Docherty relished his role around half back racking up disposals with ease, he finished the 2016 season averaging 25.7 Disposals and a 101.0 fantasy average. Most importantly as the Blues continue to rebuild Docherty averaged 102.0 in losing games, he should deliver another positive year as a backline option in 2017.

Despite getting on in age Simpson was a rock in defence last season averaging 101.1pts per game from a full season, Simpson is very durable having missed only 2 of a possible 95 games dating back to 2012. Simpson scored 100pts or more at a 54.5% S/R (Strike Rate) which was the same as Docherty, he finished the 2016 season off strong averaging 103.5pts between Rounds 12-23. At this point there is no wrong answer in the Simpson or Docherty debate, maybe even consider both in 2017.

After another tortured year dealing with injury Marc Murphy’s durability is starting to become an issue for fantasy coaches, Murphy has played in only 74.2% of the 66 games available since the beginning of the 2014 season. There were a few positive indicators for Murphy in 2016 that proved he has not lost his fantasy scoring ability, he scored 100pts or more in his opening 6 games which included a season high 126pts against Richmond in Round 1. Opposition teams still tended to not allow Murphy to get of the chain in 2016, hopefully they will avoid him in 2017 and allow fantasy coaches taking the risk to be rewarded.

Cripps is evolving in to a fairly decent fantasy option so early in his career, in just his 3rd year he posted a 99.5 average in a team that won just 6 games for the season. Whilst the moderate 33.3% S/R scoring 100pts or more wasn’t quite noteworthy in his final 7 games of the year Cripps averaged an outstanding 116.7pts which included a season high 140pts against Sydney in Round 18 at the SCG, Cripps was ranked 2nd in the AFL for average contested possessions (16.9) and a clear 1st in average clearances (8.8). Unfortunately Cripps is recovering from a stress reaction in his back that was revealed in late November, he is likely to resume full training in late January and with no more setbacks should be a strong consideration for any Round 1 team.