The full prices and positions for Essendon and aflratings.com.au’s top five potential targets for 2017. 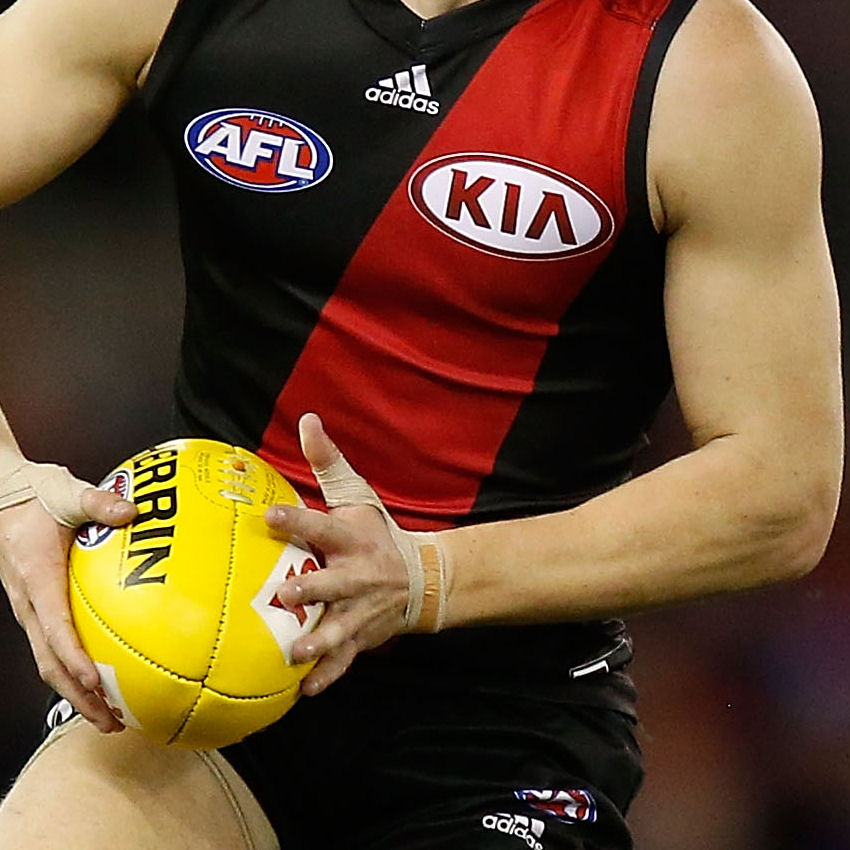 After enduring a tough 2016 Essendon actually delivered some promising team disposal numbers in the early part of the season, in all likelihood it was probably by design to hang on to the ball for longer periods in an attempt to shut down opposition scoring. In the opening 12 rounds the Bombers were ranked in the top 3 for most team disposals a total of 5 occasions (2nd only to the Bulldogs), due to the age demographic of the playing list they fell away sharply post the round 15 Bye to record only 1 other top 3 ranking for the season.

The upcoming pre-season for the Bombers is almost compulsory viewing, will the game plan open up with quality players returning from suspension or will the Worsfold system remain pretty much the same retaining the ball as much as possible which will lead to quality fantasy numbers especially for those receiving a discount.

Here are 5 potential targets for Essendon in 2017

At the age of 32 some will shy away from Watson at Round 1 2017, yes there is the potential he may not complete a full season and place your bench in a compromising position but the value at least should be there early to cash in on his starting price.

Since his first career game back in 2011 Heppell has been able to hit the fantasy scoreboard quite nicely, in 2014 he averaged a career high 107.4pts and with a little regression in 2015 averaging 101.8pts. Heppell will also be a beneficiary of a 10% discount on his 2015 average making him a definite value pick to start the 2017 season, if he can have an injury free pre-season he should be considered a priority at Round 1. Heppell has been quite durable in his short career playing in 94.6% of Essendon games, he played in a full uninterrupted 2015 season. Since Round 1 2014 Heppell has scored 100pts or more in 53.3% of games whilst exceeding 120pts or more in a healthy 33.3% of games, he has a career high of 152pts scored in Round 15 2014 against Geelong.

Heppell is entering the prime of his career and should prosper under Worsfold in a much better environment than when he last played in 2015, the 10% discount on 101.8pts might be too good to refuse to begin the 2017 season.

Stanton has been much maligned for most of his career winning a fair bit of free uncontested ball, but considering the way Essendon played in 2016 under Worsfold he may genuinely fit quite nicely in to the game plan for 2017. Like him or not Stanton was a beast in 2015 scoring 100pts or more in 68.2% of games and 120pts or more in 27.3% of games, he recorded a season high 153pts in a loss to West Coast in Round 11 and 143pts also in a loss to the Western Bulldogs in Round 18. Stanton is very durable despite his age of 30 entering the 2017 season, he is currently on a 69 games played streak dating back to the start of the 2014 season during which time he scored 140pts or more in 9 games (13.0% S/R).

If you are looking for an early point of difference to begin 2017 then Stanton could be an option, his durability and ability to score big numbers are quite solid along with the possibility to fit in to Worsfold’s high possession game plan next season could also see a spike in his fantasy output.

If not for the remarkable season of Patrick Dangerfield then people would be still raving on about the 2016 season from Merrett, he and Joe Daniher were the only two players to complete a full 2016 season. Merrett scored 100pts or more at a S/R of 81.8% which was second only to Dangerfield, remarkably he scored 120pts or more in 50% of games. Unfortunately for coaches looking to Merrett again to deliver success he will come with a very expensive price tag to begin 2017, additionally the quality players returning from suspension will likely hurt his output which will result in a price drop.

There was no doubting the 2016 season from Merrett and if he can back it up with a similar season in 2017 then most coaches will have to empty the bank account to secure his services, popular opinion will be against Merrett replicating last year and yes it will take a brave coach to start with him in 2017.

Previous Zaharakis owners have vowed never to return based on his historical numbers and despite scoring 100pts or more in 7 of his opening 10 games in 2016, unfortunately his floor can fall below what is expected of new rookies but 2017 does again provide some optimism. Zaharakis is priced at 93.5pts to begin 2017, in a distracting 2015 season for most players he averaged 74.9pts but in 2014 he did average 95.1pts. Opposition coaches have nearly always put time in to Zaharakis thus hindering his fantasy output, but 2017 could see Zaka relieved of the close attention from opposing players with the suspended players returning and the emergence of players such Zach Merrett and Darcy Parish taking the spotlight away from him. Although Essendon won 3 games in 2016 Zaharakis thrived averaging a stellar 116.3pts those wins, in the 19 losses he still held up with a solid 89.7 average.

Whilst Zaharakis is a tough sell the stars might have just aligned for him in 2017, if opposing coaches look elsewhere then he could improve on his 47.6% 100pt game S/R from 2016.