Tonight we see which defenders our writers are selecting and take a look at their strategy. 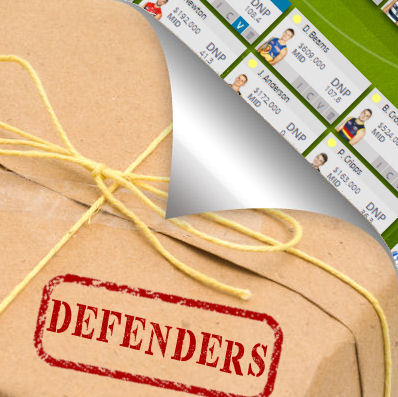 So let’s get into in it. Presenting to you, the writers 2015 AFL Fantasy selections in the Backline.

So who are our writers locking in to take the next step this year? Jack Newnes ($464,000). The 13th best averaging defender from 2014 has been locked into every single writers defensive line. Midpricers Kade Kolodjashnij ($387,000) and Garrick Ibbotson ($336,000) have also been shown some faith, featuring in eight and six teams respectively.

For the rookies, it’s recently elevated DPP option Adam Saad ($120,000) and elevated today Brett Goodes ($192,000) who are most selected, in ten teams each. Being a dual position player, it is possible Saad is also on the midfield line for the two coaches without him in their backline.

So what does it all mean? It means that apart from Jack Newnes, Adam Saad & Brett Goodes, our writers are all split on who is worthwhile selecting in the backline. It means in head-to-head match ups, it’s could be our backlines that may split the difference late on Sunday afternoons. Choose wisely.

So what do you think? Comment below and let us know who you think has has the best defender set up and why.

TOMORROW: The writers reveal their forwards.