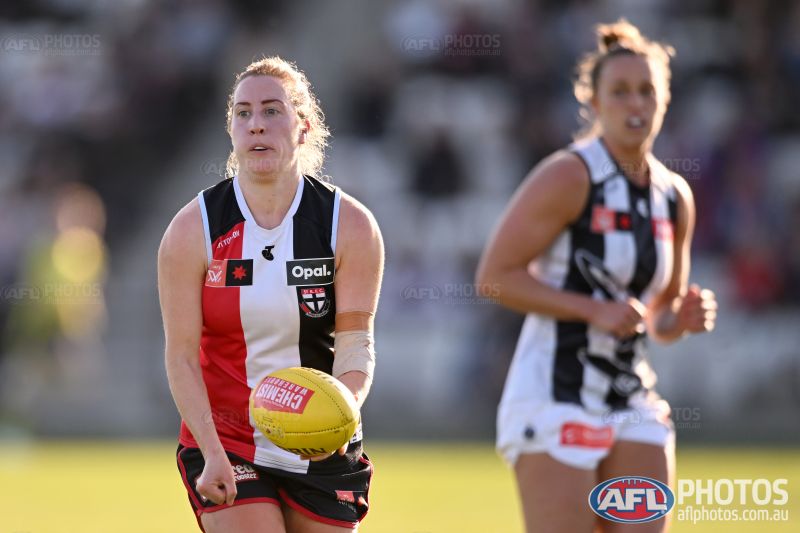 It’s two weeks in a row that one of my trade targets hasn’t played next round.

It’s still worth chasing players with negative breakevens, even if their team’s 23 isn’t named before lockout.

But I’ll put an asterisks from now on in case you’ve got no bench cover and need to be extra careful.

Nalder started slow with just 18 in Round 4 but bounced back with a strong 50 and 63.

She racked up 19 hit outs in Erin McKinnon’s absence, which is a handy baseline before piling on nine disposals, three marks and four tackles.

McKinnon should be back from her concussion but I wouldn’t be too worried – Nalder split the ruck duties in Round 5 but still managed that 50.

Sargent-Wilson was the best debut last round with 58 from a well-rounded 13 disposals, three marks and four tackles.

But I’ve also got confidence in the fact she was Sydney’s first signing and is a local product of their academy.

Sargent-Wilson should have a lot of opportunities for the rest of the season and more cash to make in the next few weeks.

🦅 Ella Roberts and ✈ Paige Scott are a good example of how important a player’s match up can be.

But in Round 6, Roberts scored 64 against West Coast (easy) and Scott scored -1 against Brisbane (hard).

Only members of Magic Up can access the article about ‘Strength of Schedule’ – yet another reason to sign up!