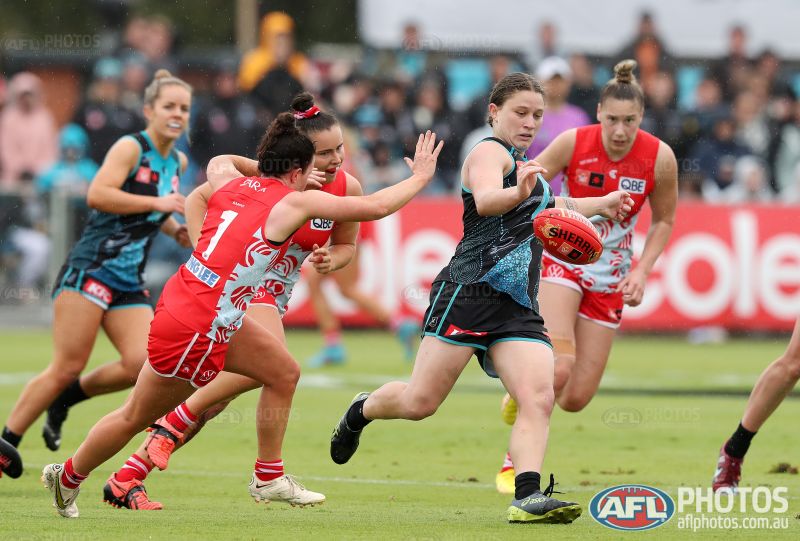 But more importantly, a whopping 134 points for 🍐 Abbey Dowrick!

It’s strange to put Ham as a trade target considering she was a hyped pick 1 and owned by a majority of coaches in Round 1.

But she returned from her knee injury with a bang, pumping out an 81 with 83% CBAs to back up her 67 on debut.

It’s a lot to pay for a rookie but Ham’s price is set to rocket if she can keep this up.

Coyne scored 57 in her debut and is a handy downgrade target for one of your three trades this round.

She racked up an impressive six tackles and had a strong 3:1 kick:handball ratio.

🍐 Abbey Dowrick’s 134 was so massive that half of her score (67) would’ve polled votes in the first three rounds!

And spare a thought for 🟠 Jodie Hicks, whose 75 missed out on votes this week but would’ve polled four votes in Round 1 and 2, and five votes in Round 3.