Benjy looks back at how the rookie priced players performed in Round 2. 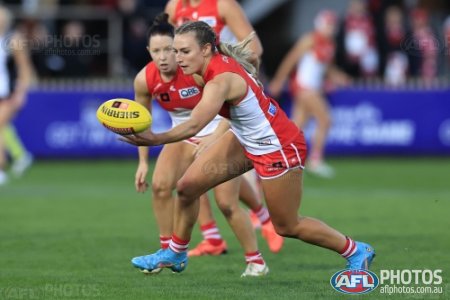 Hopefully there were less points left on your bench this round as we get another look at the rookies and improve our chances at roulette.

Another 13 rookies were also named – we’re definitely spoilt for choice this season!

But with scores of 86 and 61, she’s the third highest averaging defender and it looks like she’ll be able to sit on our field for the entire season.

Smith gave away a whopping eight free kicks (-24 points) in Round 1 but still managed to score 55.

The 75 in Round 2 was no surprise and she could form a potent M4/5 combo with Dowrick.

🍐 Abbey Dowrick (MID) proved why it’s not too late to trade in a rookie after they’ve scored big and jumped up in price.

Dowrick’s first score dropped her breakeven from 18 into the negatives, which meant that the 58 was more than enough for her price to skyrocket even though it was 25 points less than Round 1.