Benjy has a look at how the rookies did in Round 1. 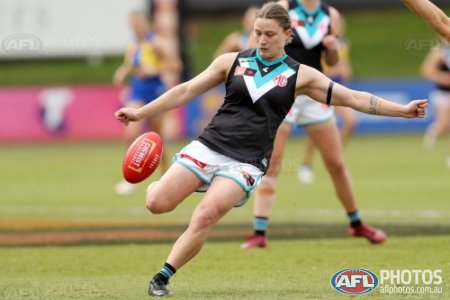 Round 1 featured a whopping 127 rookie priced players including 17 from Sydney Swans alone.

It’s tempting to use the three trades swapping out underperforming premiums.

But I’ll be using mine to make sure I’ve got the best rookies in my team to set up cash generation for the rest of the season and shore up those scores at D5 and F5.

The biggest price rises this round were:

The 29-year-old scored the second most fantasy points of defenders in Round 1, behind only Ruby Schleicher who costs $83,400 more.

If you had McGrath at R1 then you definitely won rookie roulette!

She’s a definite swap if you’ve got a different rookie ruck at R1.

If you went the set and forget option, however, you might consider waiting a week on McGrath and fixing up low scoring DEF and FWD rookies instead.

She’s an easy swap for the injured Montana Ham and an excellent option for M5.

Scott attended 53% of Essendon’s centre bounces and earned herself a Rising Star nomination.

She’s the pick of the rookie forwards and can comfortably sit on field for most of the season.

Port Adelaide’s team won’t be named before lockout but I’d consider holding her if you’ve got pressing trades and don’t need the $14,400 from trading her to a basement priced rookie.

Goodwin could play soon and you’ll save yourself two trades (out and then back in) if she plays well and scores close to that 84.9 SANFLW average.