Ben looks back at the top scores and best rookies of the round. 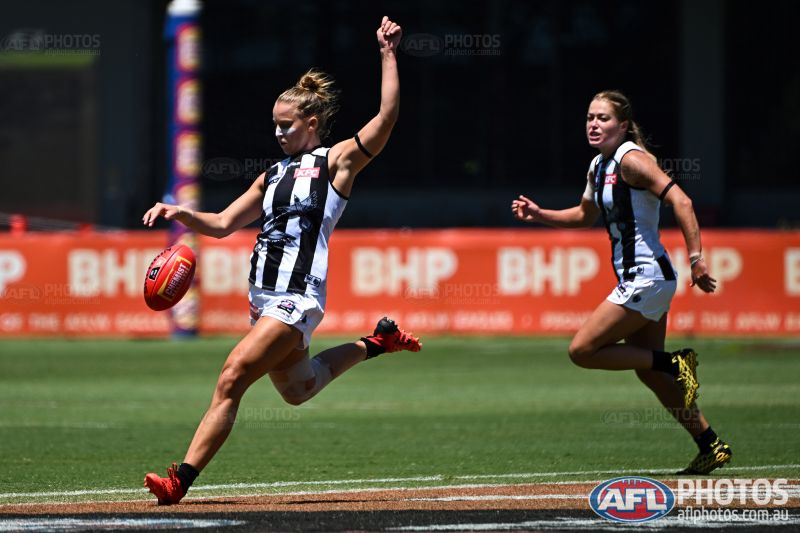 The penultimate round of the AFLW season included some absolute blowouts but hopefully you fared better than Fremantle.

There’s just one round and three trades left so fingers crossed your team’s got plenty of the following names.

After eight weeks, we finally have a non-mid winning this award!

She’s dropped $6,600 so far this season after only averaging 61 but repaid the faith to the coaches who’ve held strong.

⚓️ Dana East (MID) hasn’t polled votes since scoring 65 back in Round 2 but she made up for it by notching up a 76 on Saturday.

She’s now in tied fifth in the medal tally after notching up 18 touches and 7 tackles.

But enough about East, check out West: after polling four votes, she’s now got a big lead up in first.