Sparksy looks at a top FWD in the penultimate Deck of DT. 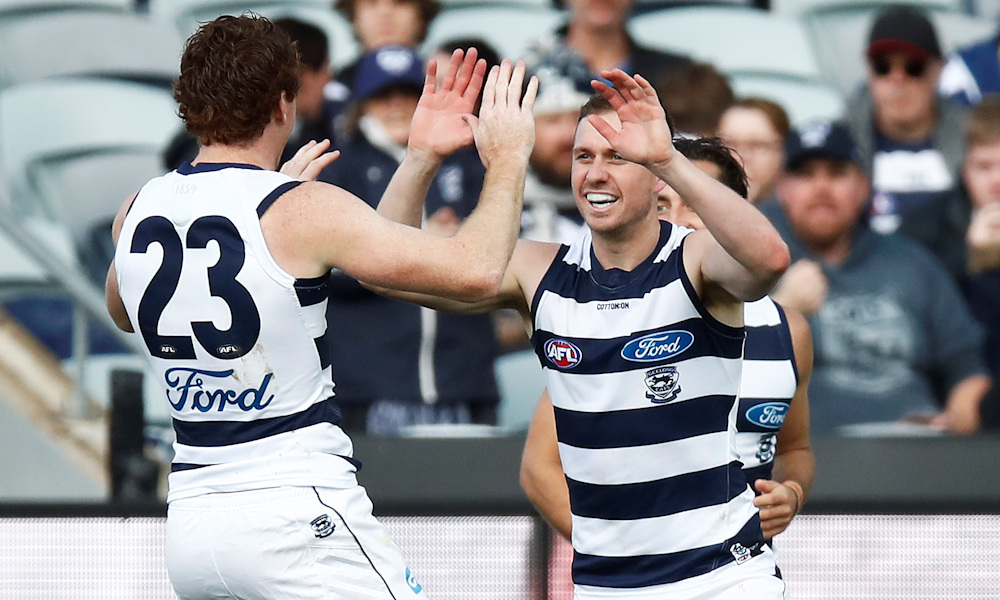 I shouldn’t need to tell you, but I will. This season, Duncan is one of, if not the most valuable pick in the game. Mitch spent a good chunk of last season out with a PCL injury that he acquired in Round 14. This gives us Fantasy Coaches a nice discount on a great player, and we can’t pass up a chance like this. Duncan averaged a hair over 100 last year, which is impressive in itself. However, that average includes his score of 8 when he got injured. So, if you remove the injured 8, Mitch actually averaged over 110, making him the highest-averaging Forward in the competition, despite being priced $60k below Taranto. When you get a deal like this, you just can’t pass it up.

Also, I slipped it in sneakily, but Mitchell comes to us as a Forward option. Yes, you heard that correctly, Mitch Duncan is dual position again. I honestly think Warnie might have had a word to Champion Data because I can’t believe they’ve given us such a gem, despite him playing Forward a little bit when he could get on the field last season. Every season people look for a Midfielder around this price as a PoD, like a Sam Walsh or Tim Taranto sort of deal from previous seasons. The difference is, there’s a large risk associated with players like that because they’re hogging a Midfield spot in your team and can quite often stagnate at their starting price tag. There is zero risk associated with having Duncan in your team due not only to his insane value, but also the fact he’s taking a Forward spot where a lot of the top options don’t look terribly appealing or consistent anyway. Lock him in.

Honestly, there are only two reasons that you might worry about Duncan and I’m going to keep it short because I don’t want any of you to think these are valid excuses for not having him in your team.

Firstly, Duncan might struggle to stay on the field. As I said, last year Mitch missed a fair chunk of footy with his PCL injury, and who’s to say he’s completely through such an injury. Duncan also has a tendency to procure these injuries early in a game, so if he does go down, your team will likely suffer for that week, as well as having a forced trade. This worry definitely has a recency bias however, as Duncan has missed more than two games in a season just four times in his 11-year career. Don’t let this concern you.

The second concern some people may have is his role. Duncan did play Forward a touch in order to earn his current Forward status, and at times it can affect his scoring. Coach Scott does have a tendency to go a bit crazy at times, but you surely can’t see him permanently restricting one of his best midfielders’ influence on the game. Not only that, but Duncan still has the ability to rack up the Fantasy points from the flanks that he sometimes plays on, so he may still smash us out some big scores even if he does have to play out of position. Just another ‘worry’ to not bother stressing about.

In short, Mitch Duncan should begin this season with 100% ownership. The pros far outweigh any of the potential cons coming our way as Fantasy Coaches and, even if the 1% chance that something does go wrong with this pick, everybody should be in the same boat so it will be a forced trade all round. Lock him in now and sleep soundly knowing that you have the best Forward in the comp in your team.