Ben looks back at the AFLW round that was. 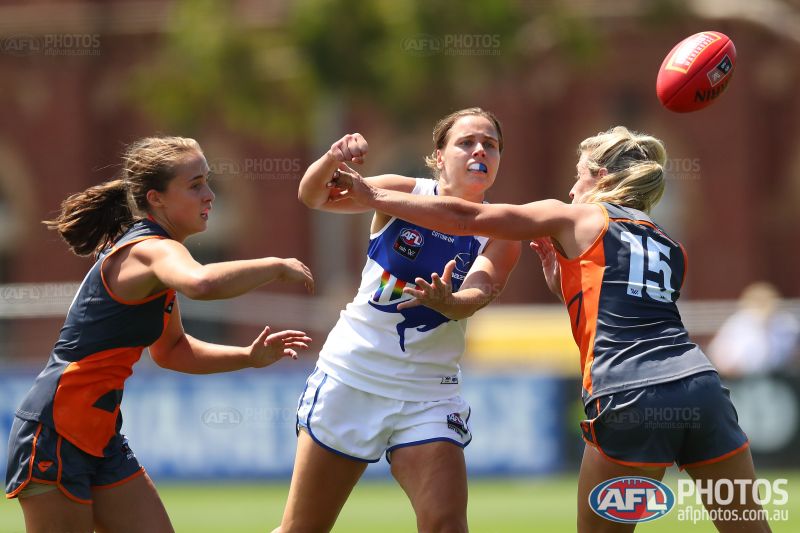 How great was it to have a full seven games Friday to Sunday?

Coaches should savour it because we’re about to have 16 games crammed into the next two weeks.

We’re also past the halfway point in the season so the race is on to finish those teams with premiums and finish the year with a full head of steam.

112 is the lowest score to claim this title so far but 🦘 Jasmine Garner (MID) earned it by filling every stat line.

She racked up 26 touches, six marks, five tackles and a goal in North’s thumping of Richmond.

Garner has dropped $15,600 this season and could be a bargain if this is the start of her bounce back.

😈 Eliza West (MID), take a bow! She’s taken the five votes for the second week in a row.

West backed up her 71 with an 82 by amassing 20 touches, four marks and six tackles. She’ll be in the $30,000s when lockout lifts but is still shaping up as a savvy pick.

While Hanks notched up 80, Lewis managed better points per dollar with 57.

It’ll be a head to head worth keeping an eye on since it could decide which coaches are potentially in line for a hat.