Join Ben for a look back at round five of the AFLW Fantasy competition. 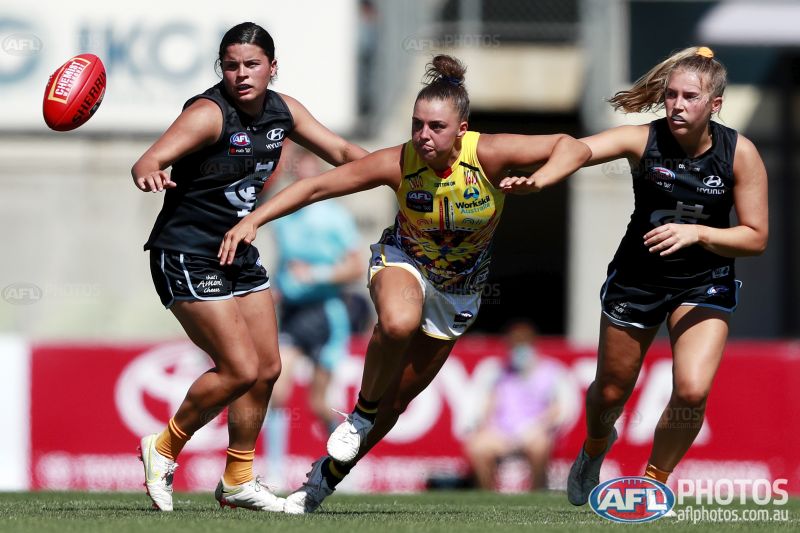 Coaches were hit by two massive outs with the highest averaging midfielder and forward both ruled out of Round 5.

⚓️ Kiara Bowers (MID) was owned by 55% of the competition and was suspended for two games, while 😈 Tyla Hanks (FWD) had 48% ownership and was subject to health and safety protocols.

Scores will be dictated by who coaches pivoted to and how they used the extra cash.

🐦 Ebony Marinoff (MID) has only averaged 88 this year but made amends with a massive 140. She notched up the second highest score of the season through 31 disposals, 8 marks and 10 tackles.

Marinoff has dropped $4,100 so far and looks like a steal at $72,100 before the impending price bump. She’s owned by 19% of the competition but that number’s set to rise.

😈 Eliza West (MID) notched up one vote in Round 3 for a 55 but topped the round this time with 71. 10 tackles is massive for a rookie and she even had a couple shots at goal.

Legend MystixORFFW has created a head-to-head knock-out competition for the final five rounds.

The 32 entrants with the highest ranking will be accepted.

Founder of AFLW Fantasy Selby has promised a prize for the winner.