Join Ben for a look back at round four of the AFLW Fantasy competition. 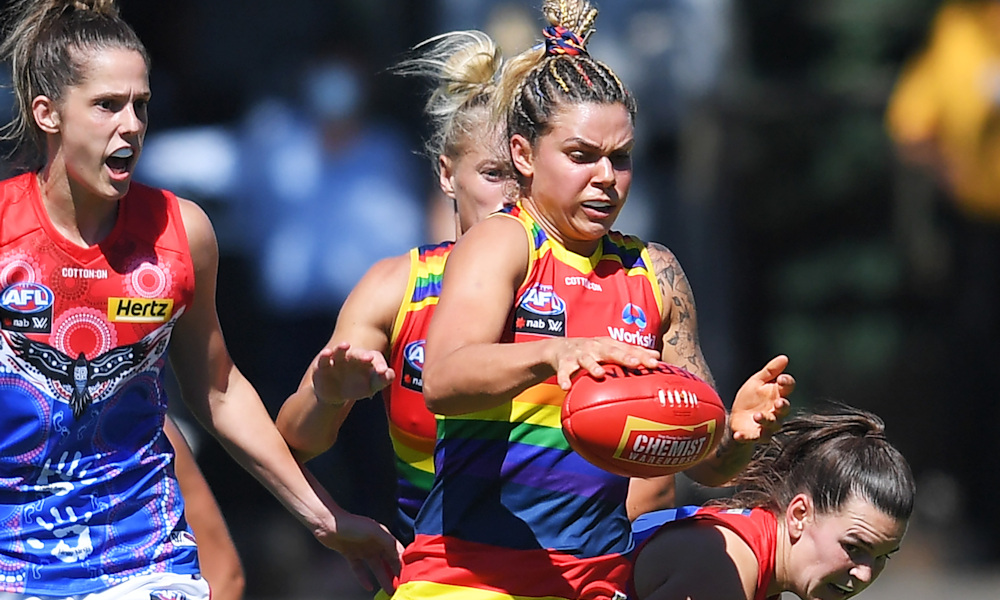 The Friday night double header wasn’t to be, with the St Kilda v West Coast game postponed due to the number of Eagles under health and safety protocols.

The AFLW also decided that the Footscray v Fremantle game on Tuesday will count as Round 4, rather than being an additional game between rounds.

St Kilda and West Coast’s 21s from Round 3 will receive their averages, while the Footscray v Fremantle game won’t count for fantasy purposes (although imagine captaining Bowers for a quadruple score!).

What a bounce back for 🐦 Anne Hatchard (MID)! She was second to Bowers and Bonnici in Rounds 1 and 2 but has claimed the crown with 122, which exactly equalled her breakeven.

Hatchard finished up in the third quarter on 37 last round due to a foot injury but there was no sign that she was impeded this time. She accumulated 29 disposals, 9 marks and 4 tackles to bump her average back where it belongs.

Bohanna finished with 16 disposals, 8 marks, 3 tackles and could’ve cracked the ton if she kicked straighter than 2.3. She backed up her four votes in Round 2 to jump to the top of the leaderboard.

A majority of coaches traded in 🦁 Zimmorlei Farquharson (FWD, $17,600) following her brilliant 58 point debut. She only managed 9 this round, although that does mean she beat her -6 breakeven.

The second most traded in player was a worse decision though, despite boasting an average of 61 and a breakeven of 2. ☀️ Ellie Hampson (DEF, $30,000) will score 0 this week because she still needs to serve her one week suspension — Gold Coast’s Round 3 game was postponed.