Join Ben for a look back at round two of the AFLW Fantasy competition. 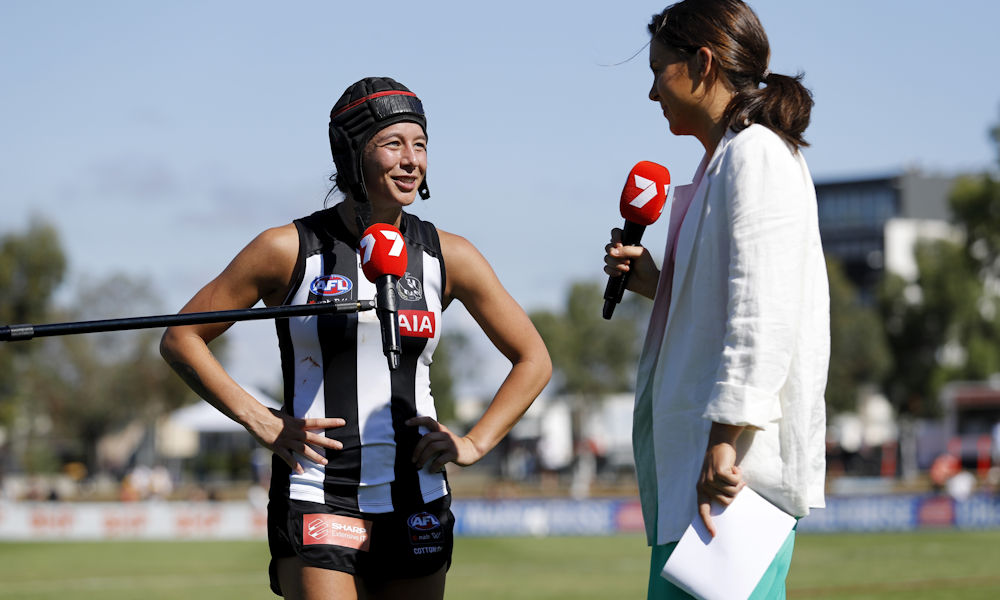 The AFLW was hit by its first major COVID disruption in Round 2 with Brisbane and Footscray unable to field teams.

Fantasy footy must go on, however, and players will be given the same score the got in Round 1 unless the game is played before Round 3.

Take a bow 🧲-🥅+🥧 Brittany Bonnici (MID, $79,400) for a monster 133! It’s the biggest score of the year so far, helped by 10 tackles and a kick to handball ratio of 23:3. BB8 carried Collingwood on her shoulders in the absence of reigning AFLW best and fairest co-winner Brianna Davey and looks like a must-have for the 78.3% of the competition who doesn’t own her yet.

An honourable mention has also got to go to 🐦 A Hatchard (MID, $71,200). For the second round in a row, she was the second highest scorer of the week by a measly 3 points. She’s now the highest averaging player after her 130 but is only owned by 5.1%.

Number 1 pick ☀️ Charlie Rowbottom (MID, $23,000) was unbelievable, amassing the ninth best score of the round with 94. The 18 year old was a tackling machine with 12 +4s across the game.

98 points is more than she scored in Round 1 (96) and by itself it would’ve ranked as the 8th highest score of the week. If the game wasn’t over, and her time on ground wasn’t managed in the second half, imagine what she could’ve pumped out.