Warnie looks at the 2021 ADP to analyse the best and worst picks per round. 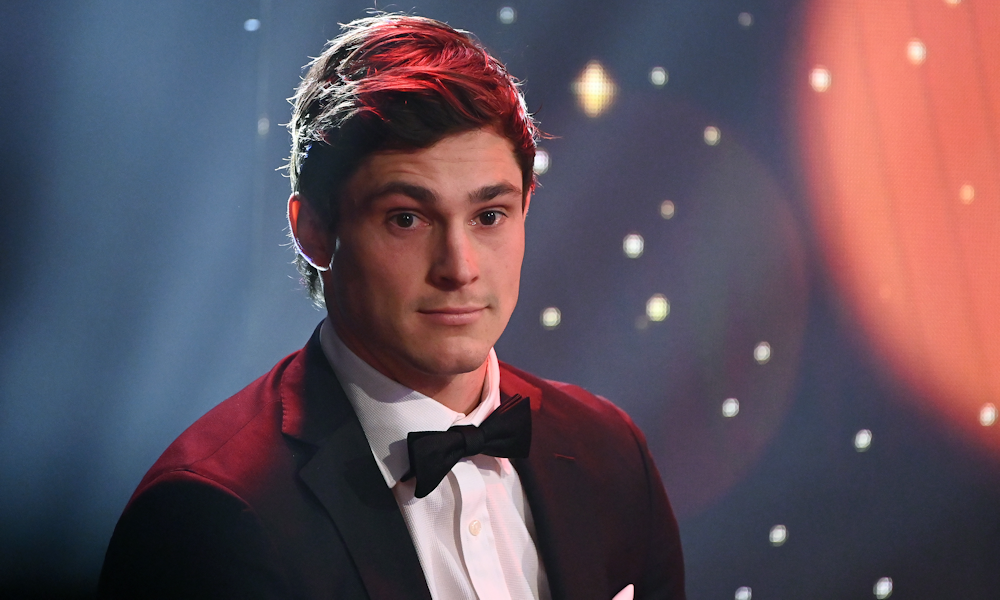 Everyone has a story or two about how they drafted. Looking at the average draft picks (ADP) for the year in hindsight can be an interesting experience. Which players outperformed their ADP and who cost you big time with where you picked them.

Let’s take a look at picking the best and worst possible Fantasy Draft teams based on ADP from 2021. We’ll pick the onfield 18 for a 10 team league in a 5/7/1/5 set up. Players selected will only come from the round the ADP shows.

Big thanks to Heff from Keeper League Podcast for the data!

Taking into account total points, games played, average (as you do), here’s the best pick from each each round to put together a team. You could argue for a better pick from any given round, however, in making sure the full onfield squad is selected, some different thinking was there based on position.

3. Jack Crisp (DEF) 101.8 / 22
Death, taxes and Crisp playing 22 games. You’re not only getting a great average from him, you’re getting someone who suits up every week.

4. Jarryd Lyons (MID) 117.1 / 22
His best season by far and some coaches may have questioned even being picked at 35, but he finished with the third best average and third most points for the year. A big end-of-season saw him average 128 in last six rounds.

5. Callum Mills (DEF) 110 / 18
Despite only playing two games in the last six rounds, what Mills did prior to this was enough to counter the four games missed. Even when he did pop back at for the first week of Fantasy finals, he knocked up a 152.

6. Touk Miller (MID) 122.1 / 21
Quite possibly the midfielder pick of the Draft. Missed the one game due to suspension, but to finish as the highest averaging player, after coming off his first season knocking up a Fantasy ton with 100.6, it was one hell of a season for the join Dane Swan Medallist (with Steele).

7. Ollie Wines (MID) 111.9 / 22
There were plenty of misses in this range with the last pick in the seventh being the best of all… and a Brownlow to boot. Wines has only averaged over 100 once (back in 2016) and was coming off seasons of 12 and 15 games, this was a mid-draft selection that got a big tick.

8. Nic Naitanui (RUC) 85 / 22
Probably the ‘worst’ of the best team but for all the other rucks, he was one of only three rucks to play all 22 games. If you were astute, drafting Sean Darcy (93.7 average, 21 games) for your bench in the 20th round would have seen you play him over NicNat.

9. Daniel Rich (DEF) 98.1 / 22
Significantly outplayed his ADP (89) to rank as the 35th best player on average this year but 4th for defenders for total points.

11. Isaac Smith (MID/FWD) 93 / 21
Some may have drafted for the name, but to get a 90+ average from Smith was a nice return with his FWD status. Quite a few players who end up at the Cats play different roles and don’t hit the Fantasy numbers they’ve done in the past… especially as a 30+ year old.

14. Jack Lukosius (DEF) 86 / 22
A bit of a need for the team here to get Lukosius, but was the only player in this round to play all 22 games and a mid-80s average isn’t bad for your final defender on field.

15. Jack Ziebell (DEF/FWD) 100.1 / 21
That move to half-back was a winner! A sleeper for a lot of coaches who ignored his sub-40 average next to his name. Gained DEF status during the season to add flexibility for the 30-year-old who averaged the first Fantasy ton of his career.

16. Aaron Hall (DEF/FWD) 109 / 20
I’m not sure there’s ever been a better 16th round pick. Starting the season not making the team for round one, then came in as sub for 11 in round two and also having a 35 (injured), from round 7 on, Hall averaged 120 in his new role in the backline. There’s a good chance he possibly had this ADP due to auto-drafting and then was dropped to free agents early in the season. What a gun!

17. Ben Keays (MID) 108 / 22
Who would have predicted the guy with an ADP of 170 to be the 11th highest scoring midfielder? He was coming off his best season to date (average of 79) and said goodbye to any tagging responsibilities to smash out an average 40+ better than his career Fantasy average.

18. Nick Hind (DEF/FWD) 84.5 / 22
Had a great season as the Bombers’ recruit was played as a defender. Another FWD who added DPP and was among the best for both lines.

Selecting the worst team takes into account firstly the drop in expected output followed by games played/total points. While it may have been easier to say someone was a shocking pick due to injury (and yes there are a few in here and they kill you), it’s those who you picked instead of a much better player that hurts the most.

1. Lachie Neale (MID) 94.5 / 15
From the No. 1 MID last year with a Brownlow around his neck to the 46th ranked player on average, Neale was a big bust for Fantasy Draft coaches who spent their first pick on him. He had the worst average of top 10 on ADP behind Reilly O’Brien while Taylor Adams only played fewer games.

4. Stephen Coniglio (MID) 59 / 5
Just five games to his name, including one as a sub when returning from injury. Cogs was a disaster of a pick for a lot of M2 or M3s.

5. Jeremy Howe (DEF) 73.4 / 8
Another knee injury thwarted his season, but numbers weren’t going to hit close to the 107 (BCV) that sat next to his name from 2020 which probably gave him a higher ADP than he warranted.

6. Michael Walters (MID/FWD) 61.5 / 16
A couple of years of 90s made him a F1/F2 target but the midfield time wasn’t there with the development of the young blokes in the engine room.

7. Zac Williams (DEF) 71.5 / 14
Flashbacks to Roy in the pre-season… but the Blues ended up playing him in the backline (which actually gave him better numbers than in the MID at times). Worst part was the injury niggles.

8. Luke McDonald (DEF) 68.1 / 11
Only 11 games, but was hot property last year and a few bought in due to a run of scoring in Coronaball. Looks like the points could have been there if he was what Ziebell/Hall were able to.

9. Trent Dumont (MID) 70.3 / 14
Lowest average of the players in the 9th round. Took him until round 9 to get into the team following injury.

12. James Sicily (DEF) DNP
Some thought he would play in the back-half of the season. He didn’t.

16. Will Setterfield (MID) 60.4 / 8
Wasn’t part of the Blues’ plans this year and when he was, scores weren’t fantastic. A lot of coaches were looking for improvement, but with MID only status, it was a shocker.

18. Jason Johannisen (DEF) 48.2 / 20
Generally has been a solid enough late round pick (maybe 18th round is too high even based on previous season’s numbers), but a half-forward role… and plenty of time in the sub tracksuit, made for his worst return of his entire career despite playing 20 games.