Here are the results of the 18-team Fantasy Draft. 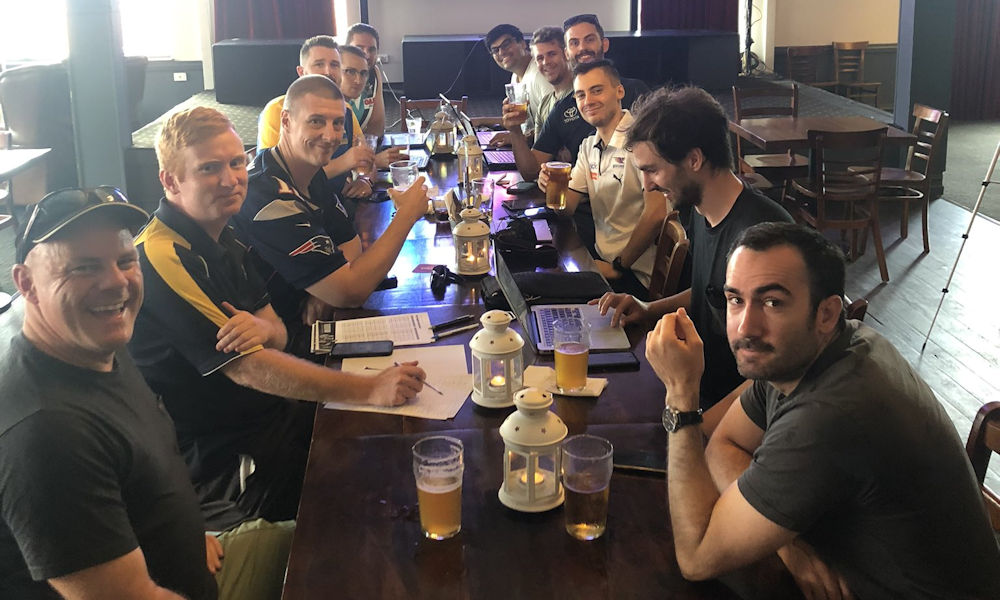 On Saturday the 7th of March a group of WA based Fantasy players decided to get together to have a live Fantasy Draft. This was the first time many of this group had never met, and it was bound to be a very interesting draft with many different strategies. The majority of the players were regular fantasy players including some of DT Talks best in Jeppa, and Warnie joined remotely.

Our league settings were:

The draft order was picked the day prior by @leighroyDT out of a hat and was as follows:

Here’s how it went down pick-by-pick.

Below are how the teams looked after the draft: