Should we shell out the big bucks for T-Swizzle? 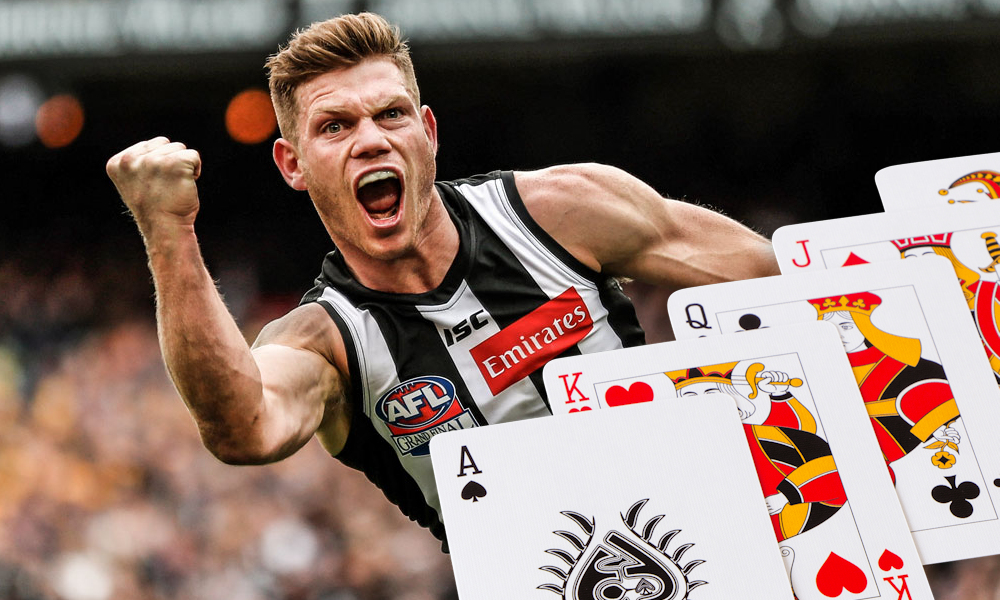 We all know by now that Taylor Adams loves to score a lot more points when Adam Treloar is not in the team, and that won’t be a problem in 2021 with Treloar going to the Bulldogs. Last season, his scores without Treloar in the team are as follows, 105, 100, 79,96, 98, 95, 107, 76 and 92. That was an average of 94.2 with shortened quarters, but an adjusted average of around 118! With Treloar in the team, his scores were 77, 90, 97, 70, 78, 111 (Treloar went off injured midway through 3rd quarter), 69 and 120, so an average of 89, adjusted to about 111.3. This shows he averaged 7 points more without Treloar in the team, which also makes an argument that Taylor Adams’ is 5-7 points underpriced based on those numbers. Another reason for picking Taylor Adams is that it gives you another great captaincy option every week as he is some damn consistent. Last season, he only had 2 scores below 75 (93.8 adjusted). Add to that, 11 of his 17 games he scored over 90 (112.5 adjusted), and 7 of the 9 games he played without Treloar he scored 90+, which is a better indication of what we should expect to see more of in 2021. It is also an added bonus when you add that he plays on a Thursday night 2 out of the first 3 rounds which gives you a great vice captain loophole option to start the year if we go back to full lockouts on Friday night. He also played all 17 games last season, which is what you want to see from a guy if you pay that much coin for (even though injuries can be unpredictable).

Now for me, there is only 1 reason that makes me question whether to start with Taylor Adams in 2021, and that is his price. As he had such a good year last year, he is now the 7th most expensive player in the game at 873k. Because this year player prices are much higher than previous years due to the adjusted averages, we will need to look for even more players that are better value in terms of price. And there is a lot of value this year, especially in midfield, with guys like Matt Rowell, Rory Sloane, and Dyson Heppell all below 600k. That is around a 300k price difference between Taylor Adams and these underpriced guys, and that 300k could really help strengthen another area of your team, especially as the expensive players are all even more expensive than usual so we need the cash to spread around our teams so we can field a good well rounded team come round 1.

I still think regardless of price, Taylor Adams is an ace pick in 2021. He showed last year he is one of the most consistent scorers in the comp, and gives you a great captain option each and every week due to his consistency and high ceiling, and he has no Adam Treloar to contend with this year, which can only mean good things. I also think that this makes him potentially underpriced, which you don’t always find for guys that are priced that high. This is the reason that, at this stage, I will be starting with him over guys like Lachie Neale, Jack Macrae, and Zach Merrett and I expect a massive year from Taylor in 2021.