The first iteration of the Warne Dawgs has just been posted. 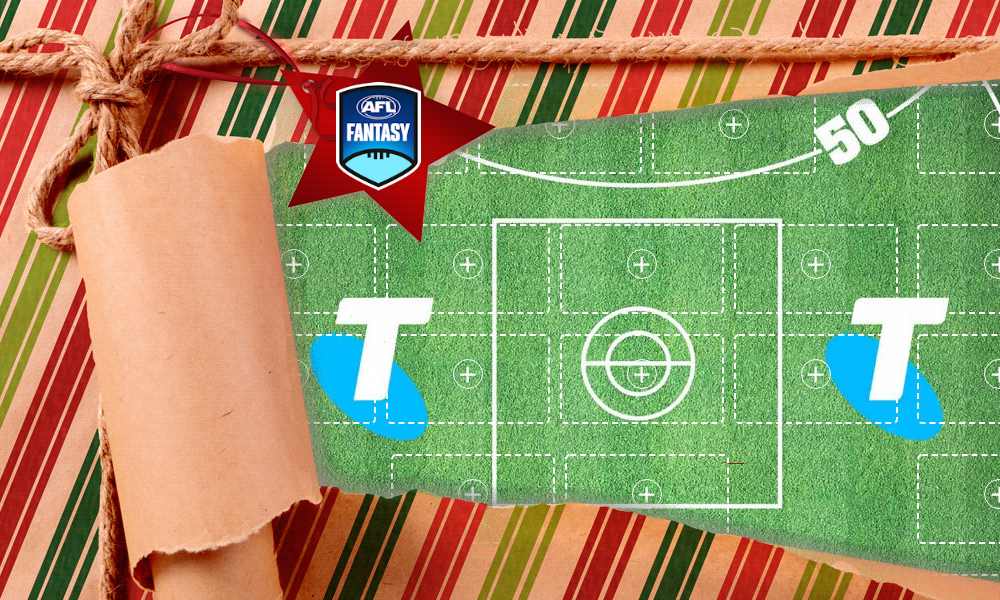 AFL Fantasy 2021 opened up this week and while it caught us off-guard, we have been doing plenty of thinking already and have a shortlist of around 200 players. Our club previews will start on December 28 with articles on AFL.com.au and podcasts where we chat through some of the players that could be relevant this season.

Picking our Fantasy Classic teams will be as challenging as ever.

The $13m salary cap remains but the initial magic number has increased from 7148 to 7637. While not a dramatic increase, it will make things tougher in 2021 for a few other reasons. There are fewer basement priced players (2020 there were around 150, in 2021 there’s around 120) and there were, I think, a lot more players used last season due to the condensed fixtures and therefore, those who we may have got cheaper this year due to lack of opporunity, now have a bit of a price increase.

It is what it is, though. We are all in the same boat and the hunt for value is on. Maybe some of the top priced players will be worth avoiding due to that increased magic number and that data is inflated due to Coronaball.

I’m going to be honest here, I haven’t put in a hell of a lot of time (or even thought) into my initial team. Heck, there’s over 80 days until the first lockout AND the majority of players aren’t back at training as yet. I think it’s the 6th of January that’s they’re officially back on the track.

From my 15 seasons of creating Fantasy footy related content, I know a lot don’t actually read the words here and just skip the image and then have a crack at the squad and question why some names are there.

I’ve decided to look for players with upside across most lines with this initial sqaud. While that is usually my strategy each season heading into round one, it’s especially important here. The exception is probably where I’ve gone the big two in defence.

My main thoughts here are that I think they can at least maintain their 2020 average, if not improve, and think it will be bloody hard to get them later in the season. I feel like Lloyd and Whitfield are clearcut and there’s a gap between them and the rest down back. The other lines, I’m not so sure, so that’s where the ‘upgrade targets’ call on the big premiums come to the fore.

There aren’t too many no-brainer selections this year. There are, however, plenty of naratives that we can be making to say some players are must-haves.

Starting in the backline, I think Zac Williams is value and worth the punt – especially considering he’s now the second most selected player. Good onya Roy! Tom Mitchell and Tim Taranto are well unders in my opinion as is Rory Sloane. Everyone’s got Rowell, so I thought I might as well build around him and threw in a pre-season fitness watch on Cunnington who is super-cheap considering what he’s done in the past. Preuss is a no-brainer at this point.

Up forward is where things are interesting. I think this is where we’re going to find some value and despite some handy DPP inclusions that we’re pretty confident on being at the top end by the end of the season, there are questions over what their output could be. This is why I’ve opted for a 10+ points under Heeney and new Hawk Tom Phillips as the big two. Mid-priced madness does spring to mind with some of the others here, but someone like Buddy is a lock if he gets through the pre-season and is named round one.

As for the rookies, these are just names for now, but doing some thinking around players who are basement priced that we definitely need to watch (and hope) could be a chance for round one. I truly beleive we are going to be light on for our rookies (I think I say this every year).

Oh well, here’s the first look… there’s plenty of things I’m not loving – especially the lack of true premium options and the doubt I have on some of those sub-premium guys being in the mix to be in the top group for their position. For those wanting to know, this team has $62k in the bank and has a very ordinary projected score of 1624.

Maybe I need to clear team and start again. But hey, we’ve still got 80-odd days until round one.

Stay tuned to DT Talk throughout the pre-season as we provide plenty of Fantasy analysis to help you pick your 2021 team and get ready for your Draft day. As always, there will be plenty of fun.