Have the Sixers made the right call with Rivers?

Should Brett Brown have been fired? 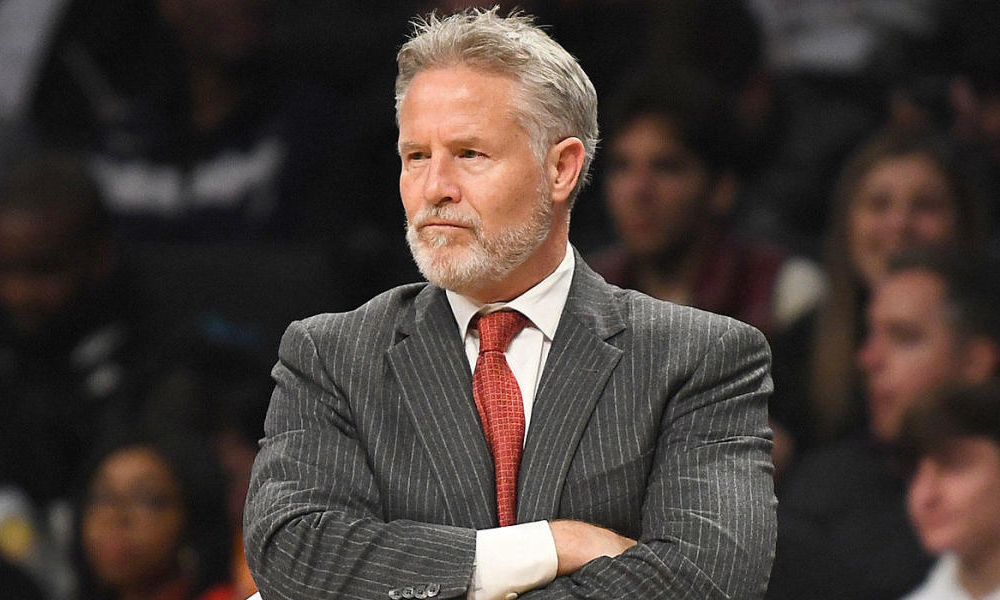 The Philadelphia 76ers fired Brett Brown after their failure in the first round of the Eastern Conference playoffs, losing four-straight matches to the Boston Celtics. His dismissal ended a seven-year tenure at the franchise that he helped negotiate through the ‘Process’ into contenders for an NBA Finals berth.

Brown took charge of the Sixers in 2013 after being hired by general manager Sam Hinkie. They committed to a plan of overturning the roster, which resulted in the departure of All-Star Jrue Holliday among others to gather a core group of young talent. Losing seasons were tolerated as part of the ‘Process’, even though Philadelphia almost set a record for the fewest wins in a single term in their ill-fated 10-72 2015/16 campaign. The plan to acquire talent worked to land Joel Embiid and Ben Simmons along with other key additions.

However, the Celtics had their number twice in the last three years, while Kawhi Leonard’s buzzer-beater in the Eastern Conference Semi-Finals denied the Sixers a trip to face the Milwaukee Bucks in the Conference Finals following a close defeat to the eventual NBA champion Toronto Raptors. There was progress made during Brown’s tenure, but he failed to get his team firing on all cylinders, despite a plethora of talent on the court. His firing was justified due to the manner of their exit, although eyebrows have been raised at his replacement.

Doc Rivers was the coach of the Celtics during their last run to the NBA Championship in 2008. Rivers’ side were excellent with Paul Pierce, Kevin Garnett and Ray Allen leading their title surge to defeat the Los Angeles Lakers in the Finals. They made a second run for glory two years later, only to be denied by the Lakers, who won their 16th crown. Rivers was fired by the Celtics in 2013 after a first-round exit in the post-season, ending an era and prompting the hiring of Brad Stevens.

Rivers did not have to wait long for an opportunity, being snapped up immediately by the Clippers. Unlike his spell in Boston, there was no championship. He had a lot of talent to work with in Los Angeles, including Chris Paul, DeAndre Jordan and Blake Griffin. However, they failed to progress beyond the Western Conference Semi-Finals due to the presence of the Golden State Warriors.

Last season the Clippers upped the ante with moves for Kawhi Leonard and Paul George in the battle of Los Angeles. It was the Lakers, who emerged with the top seed, and eventually advanced to the NBA Finals where they are the favourites in the latest basketball odds to triumph over the Miami Heat to win their 17th title in franchise history. Rivers’ failure with Kawhi and George cost him his position on the sideline. However, once again his reputation allowed him to get quickly hired by the Sixers in their bid to topple the Raptors, Heat, Bucks and Celtics in the East.

Rivers’ 27-32 record in the post-season with the Clippers would not suggest that he is capable of guiding Philadelphia through to the NBA Finals. The franchise’s key players have had real issues producing under pressure. Embiid has been up and down in the playoffs, while Simmons has had problems remain healthy. Al Horford, Tobias Harris and Josh Richardson went missing when their side needed them the most. All three of those players are on significant contracts and one of the first tasks for Rivers will be to get them on song or edge them towards the exit.

Embiid and Simmons are the cornerstones of the franchise. At their best, they are outstanding and capable of dragging the team single-handed towards the NBA Finals. However, their form has been inconsistent in the post-season and it will be interesting to see whether Rivers is the man to get the most out of the duo after Brown’s failure. He had a similar chance at the Clippers last season, but could not inspire George and Leonard into action. It appears that history could be repeating itself in Philadelphia and it will take a title run or a surge to the Finals at the least to prove that hiring Rivers was the correct call.

Who Is Leading the Race for the NBA MVP Award?
Can Anyone Stop Giannis Claiming a Hat-Trick of NBA MVP Awards?