Inside the Numbers Round 23 Wrap

Pete goes inside the Fantasy numbers to finish the 2017 season looking at those who added to their 2016 numbers… and those who dropped off (and could be bargains in 2018!). 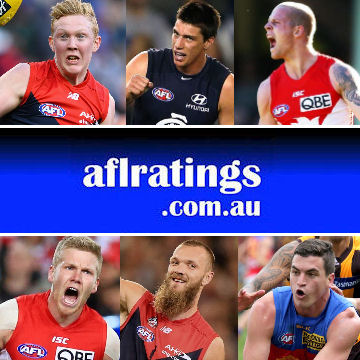 The 2017 H&A season has finished and hopefully it delivered some type of success for your fantasy line-ups, to finish up on the year below is a 2016/17 H&A season comparison list of players from each team (Minimum 10 games played each season, ie. excludes Dayne Beams).

Warnie, Cal & Roy talked about some of these numbers on the final podcast of the season, it might be worth while at some stage listening to the podcast and looking at the numbers in preparation for the 2018 H&A season.

My thoughts: Looking through the positive numbers there were plenty of players that had a great year and were a bargain price to begin the 2017 season, some previous injury prone players were able to complete a full season therefore not selecting them at Round 1 would have been a mistake (Insert Kreuzer & Murphy here).

The Crouch brothers finally delivered on expectations with Rory Sloane gathering most of the attention from opposition teams, the change of scenery worked for a Brad Hill fantasy game and most will be wanting a piece of Connor Blakely next year if his shoulder recovery is progresses nicely and he maintains a similar role.

One of the quiet achievers in Mitch Duncan thrived in the Geelong team & Patrick Dangerfield actually improved on his average from last year but was certainly overshadowed by Tom Mitchell‘s record breaking season, the pain of seeing Gary Ablett‘s name at the top of Gold Coast is a sore point for some whilst those that jumped on Josh Kelly at Round 1 were well reward.

Ben McEvoy was solid for most of the year, those that had Max Gawn issues early on and jumped an the Hawk Ruckman would have been pleased with the results, Clayton Oliver was outstanding all year averaging over 100pts in just his 2nd season of AFL. Luke McDonald showed some fantasy signs late in the year and could be a possible target next year after averaging 93.4pts from his last 9 games, for all the negativity on Brad Ebert he delivered another solid 1st half of the season with a sharp fall away in the 2nd half.

Kane Lambert is one to keep an eye on in the pre-season, it was a 4th year breakout at Richmond and there may be more to come in 2018, Jack Steele, Dylan Roberton & Luke Dunstan were among the best for St Kilda while Jack Billings is coming along nicely and could spike in 2018. Isaac Heeney was a value choice for many and he was able to deliver along with Zak Jones who came from a very low base in 2016.

Jack Redden finally found some form at West Coast averaging 98.4pts from his last 7 games and with Priddis & Mitchell retiring the opportunity for him to deliver an enormous 2018 is quite possible, he averaged over 100pts in 3 of 4 years at Brisbane between 2011-14.

There may be some parts of starting midfield in 2018 from those above names, the bounce back opportunity is certainly possible.

Well that’s it for the 2017 H&A season, enjoy the off-season & research over summer & good luck in preparing your 2018 squad.