Inside the Numbers Round 20 Wrap

You have the opportunity to make some good calls amongst the carnage this week. 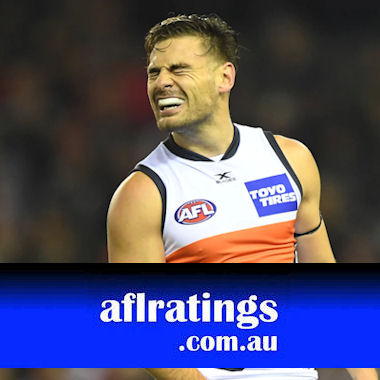 Many fantasy coaches will again be scrambling to maintain a full team for Round 21, with injuries and suspensions hitting the fantasy community hard again there may be an opportunity to jump on over to favourable situations this week.

5 Players to consider this week

With firstly the absence of Mark Blicavs in Round 19 & secondly Patrick Dangerfield in Round 20 the numbers for Scooter have been solid averaging 118.5pts from both games, furthermore in 5 games this year at Simonds Stadium he has scored 100pts or more 4 times averaging a healthy 115.6pts. Geelong play at Simonds Stadium in Rounds 21 & 23, his injury history should be taken in to consideration.

Having played only 4 games this year Coniglio has little to no ownership and could be a very good unique play this week, he has scored 100pts or more in 3 of his 4 games this season on the back of scoring 100pts or more in 60.9% of games & 120pts or more in 26.1% of games in 2016 (Including Finals). It should be noted that the Bulldogs have conceded 358.4 Disposals per game since Round 14 (AFL Rank 2), however optimal conditions under the roof at Etihad Stadium could prove to be beneficial (115pts vs St Kilda R7, 2017).

On the back of a season high 152pts in Round 20 Neale has been quietly going about his work averaging 110.2pts from his last 9 games, he has recorded 30 Disposals or more in 3 of his last 4 games (4 Game Disposal Ave: 30.8). The small confines of the SCG could suit the tackling game of Neale coming off a game in which he recorded 10 Tackles for his 152pts, when he records 8 Tackles or more he is averaging 137.1pts over his career.

No team has given up more fantasy points in the last 5 weeks than Gold Coast and Zorko should be a very good play this week, yes owning Zorko in the last few games has been a rollercoaster of a ride but considering his extremely high ceiling he should be worthy of consideration. Brisbane are favourites against Gold Coast this week, Zorko has averaged 122.5pts in winning games this season.

If you are in the boat of already owning Simpson, owning Mumford or have Grundy there are many ways to slot Simpson in to your starting 22 without emptying your account, the match-up for Simpson this week is ideal against the Bulldogs (Jordan Roughead) and considering his 98pts in Round 19 against Fremantle (Sean Darcy) the return on investment should be significant. Take note of how you are rostering Simpson this week and the impact long term as Mumford is on a 1 week suspension only, Simpson will unlikely play in Round 22.

Scott Selwood scored a season high 131pts in Round 20, he has averaged 118.5pts from his last 2 games

Jack Ziebell scored a season high 130pts in Round 20, he has averaged 108.8pts from his last 4 games

Lachie Neale scored a season high 152pts in Round 20, he has averaged 110.2pts from his last 9 games

Josh Caddy scored a season high 142pts in Round 20, that is his first 100pt game of the season

Jarryd Roughead scored a team high 119pts in Round 20, he has averaged 116pts from his last 2 games

I posted my best score for the year in Round 20

Since getting the call from my coach to return to the midfield in Round 16 I have averaged 112.6pts

I have averaged 29.2 Disposals from my last 5 games

I have kicked 14 Goals this season

My jumper number equals a combined total of 7

Good Luck for Round 21